Why is it so hard to amend Caribbean constitutions? 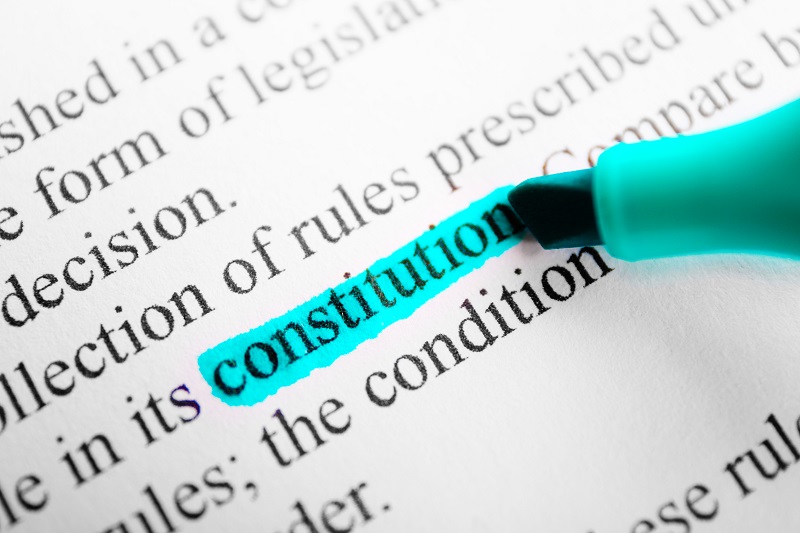 On Nov. 6, the citizens of Antigua and Barbuda and Grenada soundly rejected the entreaties of local and regional elites to vote “yes” in separate referenda to replace the London-based Judicial Committee of the Privy Council (JCPC) with the Trinidad-based Caribbean Court of Justice (CCJ) as their highest appellate court. This outcome should have come as no surprise to those familiar not only with Commonwealth Caribbean constitutional amending procedures but with the difficulty in amending constitutions in most democratic countries.

When the ill-fated West Indies Federation was established in 1958 by a British Order in Council, a single West Indies Supreme Court headquartered in Trinidad was put in place to deal with cases emanating from its 10 member provinces: Antigua and Barbuda, Barbados, Dominica, Grenada, Jamaica, Montserrat, the then St Kitts-Nevis-Anguilla, Saint Lucia, St Vincent (including the Grenadines), and Trinidad and Tobago.

The current heir to this court is the Eastern Caribbean Supreme Court, not the CCJ.

This is because during the few short years of the Federation (1958-1962), appeals of Supreme Court decisions were still heard by the JCPC despite the sovereignty of the Federation and its individual provinces.

The reason for the continued supremacy of the JCPC had nothing to do with the Caribbean court system that the Crown had put in place in the colonies from the earliest days of settlement and modified from time to time to accommodate changing circumstances. Instead, it was based on a general principle underpinning Western democracy: each branch of government, sometimes even with the direct consent of the citizenry, needs to have some influence over the other branches and may choose to restrain or block actions by the other branches, as well as violent resistance by an unruly citizenry, to preclude the hegemony of any one of them.

Moreover, it is also recognised that in constitutional democracies the proper functioning of the justice system depends on the informal principle called “trust”: confidence in one another as fellow citizens and faith in the impartiality of various governing and decision-making institutions: the executive branch (lead by the head of state and the head of government, administered by an independent, non-partisan, and tenured civil service, protected by a separate military and/or police force, and concerned with enforcing laws and regulations); the legislative branch (concerned with making laws); and the judicial system (concerned with interpreting the laws).

In the British-Caribbean’s Westminster form of government (named after the Palace of Westminster, the seat of the British Parliament), this general principle still applies even though its application is less clear cut than in an American-style presidential system because the head of government, the Prime Minister, and other elected members of the ruling regime hold overlapping executive and legislative roles.

But even where trust and a separation of powers exist, there must still be institutional processes to ensure that they cannot be undermined. Where trust is low or otherwise problematic, as in our Caribbean civilisation, these processes are all the more necessary.

In our fragile, even fractured, Caribbean civilisation, the need for checks and balances on the abuse of power by one or more branches of government and its ancillary institutions was all too well known to our British colonial overlords who were rightly concerned about leaving us to our own devices with a system of government that would quickly descend into chaos, potentially leading to their worst nightmare, an expensive and unseemly re-colonisation. More particularly, the British Colonial Office had a well-founded distrust of some of our pre-independence political and legal power holders. This distrust is still with us and widely and correctly shared by the general population. Its most conspicuous colonial relic was the granting of independence constitutions that are hard to amend.

In other words, because our paternalistic British colonial masters, anxious to protect themselves and the new independent states from internal political calamity, purposefully made it difficult, but not impossible, for mendacious and/or megalomaniacal politicians to abrogate the rights, powers, and privileges granted to ordinary people as enshrined in the colonies’ new constitutions.

What we were granted in exchange for our self-determination were constitutions that make transformative change such as turning the country from a parliamentary democracy into a republic or switching from the JCPC to the CCJ extremely difficult.

But this is as it should be. Though not written in stone, democratic constitutions are meant to be conservative documents for promoting and protecting the freedom and welfare of the people. Making extreme amendments easy by, say, allowing a one-vote majority of Parliament to be sufficient for a sweeping revision, even abrogation, of the constitution could see a Caribbean country “democratically” transformed into a one-party dictatorship in the blink of an eye.

But this constraint on radical constitutional meddling goes well beyond the Caribbean and even characterises most democratic countries that had the power to write their very own constitutions. This is why the constitutions of countries like America and Canada that value democracy, individual liberty, and the rule of law above all else are so difficult to amend as well.

In the United States of America, a cconstitutional amendment may be proposed and sent to the states for ratification by either: (1) the Congress, whenever a two-thirds majority in both its Senate the House of Representatives deem it necessary or (2) a national convention, called by Congress for this purpose, on the application of the legislatures of two-thirds of the 50 States that make up the union called the United States. To become part of the constitution, an amendment must be ratified by either (as determined by Congress): the legislatures of three-fourths of the states or state-ratifying conventions in three-fourths of the states. Upon being properly ratified, an amendment becomes part of the constitution.

Some 12,000 proposals to amend the US constitution have been introduced in Congress since 1789. Most, however, never get out of the congressional committees in which they were proposed, and only a fraction of those that do receive enough support to win Congressional approval to go through the constitutional ratification process. Thirty-three amendments to the United States Constitution have been proposed by Congress and sent to the states for ratification since 1789. Twenty-seven of these, having been ratified by the requisite number of states, the last in 1992, are part of the Constitution.

Modifying the Canadian Constitution is even more difficult and convoluted partly because it contains no fewer than five amending formulae determining different kinds of constitutional changes. Since the patriation of the Constitution from Great Britain in 1982 there have been 11 minor amendments to Canada’s Constitution. Most of these amendments have been limited in scope, dealing only with matters affecting specific provinces. None of these amendments approached the importance of the CARICOM issue of whether or not to join the CCJ. Two efforts to enact major amendments, one in 1987 and one in 1992, both failed.

While nearly all CARICOM constitutions are difficult to amend, some are more difficult to modify than others. This is because although the British distrust of indigenous political leaders and the supporting legal system was widespread, it was particularly focused on three Eastern Caribbean colonies.

Our colonial masters had an intense and justifiable distrust of the political beliefs and machinations of Vere Bird of Antigua, Eric Gairy of Grenada, and Ebenezer Joshua of St. Vincent and the Grenadines, each of them radical, ignorant, rabble-rousing, autocratic, or corrupt in one way or the other. In each case, there was suspicion that an independent nation led by such men could sabotage, if not overthrow, the democratic Westminster model of government upon which their new constitutions were based.

Details about this will be presented in the next piece.

This is the sixth in a series of opinions on Caribbean constitutional reform, with special reference to the Caribbean Court of Justice. The others are listed here.