Teen thief gets Christmas gift of a second chance 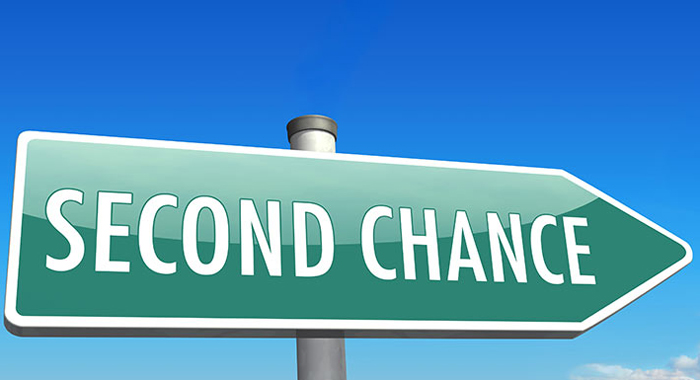 A 16-year-old thief who told the court that she had no problem being sent to prison could have been spending her first Christmas behind bars today.

However, she has been given a second chance to get her life on track.

Prison had seemed like the only alternative, as the complainant in the matter maintained that he wanted compensation for the cellphone, value EC$150 that the defendant had stolen from him.

Rather than a prison sentence, however, Senior Magistrate Rickie Burnett ordered that the teen undergo one year of counselling, with reports to be submitted to the Kingstown Magistrate’s Court on June 28 and Dec. 10, 2019.

She was also ordered to compensate the virtual complainant in the sum of EC$150 by March 5, 2019 or serve six months in jail.

The court took steps to try to ensure that the teen would be able to pay the fine.

iWitness News is withholding the name of the teen in an effort to not rob her of the second chance given to her by the court.

The teen, who left school at Form 1 after fighting her principal, was brought before the court on Dec. 10, charged that on June 23, 2018, in a Central Kingstown community, she stole the cellphone from the virtual complainant.

The woman pleaded guilty to the charge.

The court heard that the woman and the complainant, a much older man, were at a shop smoking and drinking.

The teen went and “rubbed down” the man, using the opportunity to relieve him of his cellphone.

The court further heard that the teen had said that had she gotten her hands on EC$500 that the man had in his possession, she would have gone with that too.

As the case moved to the sentencing phase, responding to the magistrate’s questions, the teen told the court that she had repeated Form 1 before being expelled from a Kingstown school.

The teen, who did not have a lawyer in the case, said that she lives with “nobody” as her father died “long time ago” and her mother lives in Belair with her boyfriend.

The teen said she sleeps at the homes of “different friends”

Burnett said: “At age 16, she is living on her own, unemployed, smoking, drinking and other things as well, it seems. If you continue along this path, other things are likely to happen to you. I won’t name them.”
He further said the teen showed no remorse for her action and had noted that she would have stolen the $500 if she had the opportunity.

“She appears to be hardened at age 16. She has the mind of –. I won’t say the rest”, the magistrate said.

Prosecutor Corlene Samuel noted that the teen was unemployed and was unable to pay a fine as punishment and had shown no remorse for her actions.

“She is rude,” the magistrate further observed.

Prosecutor Sergeant Renwick Cato, who was at the bar table, agreed with his prosecutorial colleague, saying that the teen’s demeanour said a lot.

“She needs to be taught a lesson,” the prosecutor said, adding, “A little time will probably shake her up. She might change after a little time at prisons over the holidays. She has no place of abode and seems to have no place to live.”

At this point, the magistrate told a court orderly to summon a social worker from the Social Welfare Department, which is located in a different part of the building.

“Somebody has to help her. Certain things went on in her life, it seems. Fighting a principal? That’s a no-no.”

The social worker suggested that the teen apologise for her action and that a site evaluation be done and that she be made to attend evening classes.

“So who is going to pay back [the complainant] for his phone? That question has to be answered. Somebody has to answer that question because we live in the real world, not a fictitious one,” the magistrate said.

He then asked the social worker to see what can be done for the teen.

“Because she will be abused if no one intervenes for her,” the magistrate said.

The complainant, meanwhile, told the court that he wanted the phone back, adding, “Who thief it has to buy it back.”

“That sounds logical to me, the magistrate said.

The teen responded, “Me nah ha’ no money.”

“Then you have to go to prison,” the magistrate told her.

“No problem,” she responded.

She further told the court that she had never been to prison before.

Burnett told the teen that prison is a hard life.

He told her that in prison, others determine when it is time for her to turn in and when to eat.

“You have to eat what they serve. You have to share facilities. Don’t say yes as if you are going to a hotel. It is not a hotel at all. Your freedom will be curtailed.”

He then turned to the prosecutor, saying, “Prosecutor, when I don’t have the answer, you have to help me. My hands are tied behind my back, in front of me.

“When I sit here, I try not to have sympathy for people but I can’t help but feeling sorry for her. In her, you see a lot of things.”

The complainant told the court that he was not willing to let the matter go.

He said that the phone he was using since the theft belongs to his girlfriend, who was not willing to give it to him.

Of the defendant, the complainant said:

“She did too much with that phone; tell a whole set of lies.”
The magistrate then told the defendant that her life was going to be changed from that day.

“I won’t tell her how and why but her life is going to change from today. The Welfare Department is going to intervene in her life otherwise as well. “

The magistrate then told the social worker to tell her permanent secretary to assist the teen.
He said there is a vote in that department that can be used to assist the juvenile offender.
The social worker, however, said that the way Social Protection works, the teen would have to come to the department with an adult, as she is still a child.

The magistrate, however, told the social worker to have her department put things in place through which the teen could earn some money and pay the fine and avert prison time.

The magistrate told the teen: “We are trying to help you because it was possible that you would have ended up in jail today. What we are trying to do is save one. That one happens to be you…

“We are giving you an opportunity today. Make the best of it. I don’t want you back in this court as a defendant. The point I am making to you, keep out of trouble.”