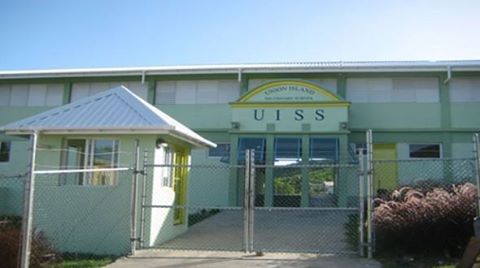 The Ministry of Education said, on Tuesday, that it has no timeframe for conclusion of an investigation into an allegation that a teacher at the Union Island Secondary School showed pornography to his students during class time on Nov. 22.

“We received information in that regard and all I can say to you at this point is that the matter is being investigated because it is an allegation. So we are waiting on the report from the school,” Elizabeth Walker, deputy chief education officer, who is acting as the chief education officer, told iWitness News.
Walker said that the principal — Vernette Ollivierre — is conducting the investigation.

Walker, however, was “not sure” if the police are involved, neither did she have any timeframe in which the investigation is expected to be completed.

The senior education official said she did “not have that information” regarding claims — made by a staff member to iWitness News — that the teacher is lecturing in a subject area in which he has no qualification.

A source told iWitness News on Monday that a preliminary investigation found “that there may be some truth” in the allegations.

On Tuesday, a source at the school told iWitness News that the Teachers’ Union was apprised of the development and was expected to provide guidance.

“An urgent meeting of the Southern Grenadines branch is being called. One teacher has resigned perhaps due to work overload and senior classes are left without a teacher for both math and science,” the source said.

“Teachers think that the teacher under question should be placed on leave until the matter is thoroughly investigated,” the source further told iWitness News.

iWitness News understands that there are concerns about the likelihood of an objective investigation because of the alleged close links between the principal and the accused teacher.

Sources further say that a close relative of the accused teacher is a member of the non-academic staff at the school.

A source with extensive knowledge of the situation told iWitness News that members of staff are concerned that the presence of that relative of the accused teacher on the school compound during the period of the investigation could affect the outcome.

These and other matters are expected to be raised during a meeting of the PTA on Wednesday.

The allegation came to light after it was reported to the PTA on Dec. 10.

Since then, the PTA has recommended that to the extent that the Ministry of Education determines that the teacher remains on duty during the period of the investigation, that he minimise contact with students until the investigation is completed.

When contacted Tuesday night, Wendy Bynoe, president of the Teachers Union, told iWitness News that the union received, last Friday, carbon copies of letters from the president of the school’s PTA.

The union received on Tuesday, correspondence from the deputy principal of the school, Anthony Stewart, Bynoe told iWitness News.

She said that a member of the Southern Grenadines branch had also contacted the union.

Bynoe said that in light of this, the union has no additional information at this time and would continue its inquiries on Wednesday.