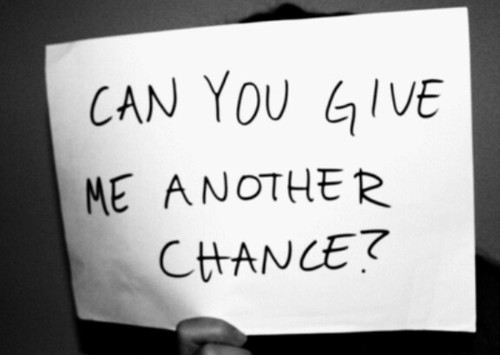 They say that if you love someone, set them free. If they come back they’re yours; if they don’t, they never were.

But what if you no longer love someone and they keep coming back?

Well that was the case with Vicky Frank, 41, of McKie’s Hill, who had had enough of her ex-boyfriend, Bandson DeFreitas, 39, of Kingstown Park.

On Jan. 22, DeFreitas went to the woman’s house for yet another time to ask her to give their relationship, which ended last August, after four years, another chance.

But Frank had had enough and reported the matter to the police, resulting in her former lover being arrested and charged.

On Monday, at the Serious Offences Court, DeFreitas pleaded guilty to a charge that on Jan. 22, 2019, at McKies Hill, he entered Frank’s yard with intent to annoy.

The court heard that after the relationship ended, DeFreitas kept going to Frank’s home.

Frank had repeatedly asked him to desist from doing so and had solicited the assistance of the police in asking DeFreitas to stop coming to her house.

About 6 p.m. on the date in question, Frank heard someone knocking at the door.

When she responded, she saw her former lover standing outside the door.

She ordered him to leave the yard, but DeFreitas refused and requested to talk to her.

Frank told him that she was going to report the matter to the police.

He went to the Criminal Investigations Department in Kingstown on Jan. 24, and was later charged.

DeFreitas told the court that he was going to Frank’s house to see if they could get back together.

“Because I love her and miss her. I was hoping that things would get back together. I was not going to hurt her or anything,” he told Chief Magistrate Rechanne Browne in mitigation.

The chief magistrate asked the man if he had not realised that his actions were upsetting the woman.

“Ah was taking it (the break-up) on, too,” De Freitas said, at which point the chief magistrate suggested that he could have written to his ex girlfriend.

“I was thinking of that,” DeFreitas told the court.

“You were thinking and did not act? You are not a man of action,” the chief magistrate said.

Frank did not attend court for the hearing.

The magistrate said that she did not think that DeFreitas’ ex-girlfriend would want to see him imprisoned for his action.

“This is ticklish,” the chief magistrate said, adding, “I don’t want to give you a slap on the wrist and tell you don’t go there.”

“I won’t go there again, ever,” DeFreitas told the court.

The chief magistrate told the man that she would impose a bond on him so he can work though his emotions.