Leacock hints at another no-confidence motion 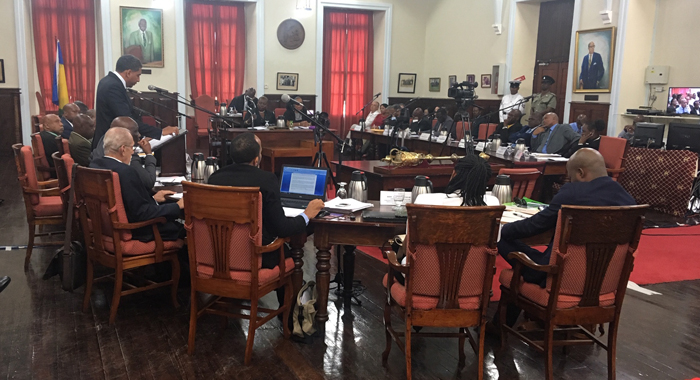 Member of Parliament for Central Kingstown St. Clair Leacock has hinted that opposition lawmakers will bring another motion of no confidence in the Ralph Gonsalves administration.

His suggestion came as he debated the budget last week.

Speaking on Wednesday, Leacock said he was beginning his contribution with “a necessary controversy.

“And this is a controversy that I hold close to my heart, namely the ill-fated vote of no confidence that occurred in this House.

“And I am saying, Mr. Speaker, looking straight in the eyes of the prime minister, that until we mend that fence, there is no basis to do business with the ULP administration.

“More so, Mr. Speaker, I’m asking in this budget presentation for the government to commit to restore our constitutional rights and to reinforce the democracy that St. Vincent and the Grenadines is entitled to.

“Mr. Speaker, I say so softly but I don’t say so lightly because I will devote much time and energy to ensure that one day, and one day soon, this honourable house does the right thing, and that you would have the strength, as you did have the conviction, Mr. Speaker, that would allow that vote of no confidence to take place here.

“We cannot be the laughing stock of the Commonwealth and we cannot be the sore in the eastern Caribbean, in the Caribbean Community and in the community of nations. I leave that on your chest to digest.”

In January 2018, the opposition tabled a motion of no confidence against the government but the Speaker, Jomo Thomas did not allow a debate on the motion.

Prime Minister Ralph Gonsalves has said that for such a debate to take place the opposition had to secure the support of the majority of lawmakers.

The speaker later said on social media that he had erred in allowing the government to amend the opposition’s motion of no confidence.

3 replies on “Leacock hints at another no-confidence motion”