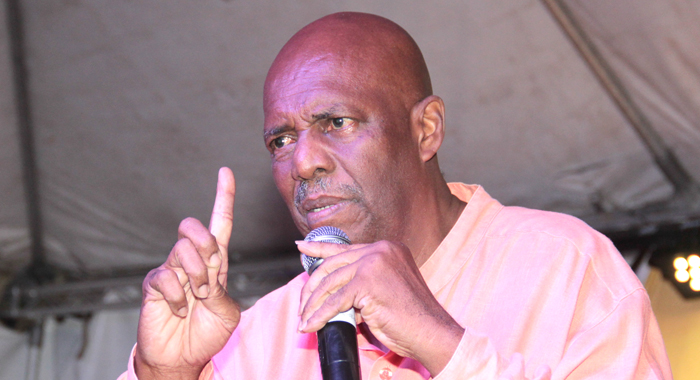 The then leader of the main opposition New Democratic Party, Arnhim Eustace did not object to the plastic ballot boxes used in the 2015 general election, the result of which his party is now contesting.

During her re-examination on Friday, Sylvia Findlay-Scrubb, who was Supervisor of Elections during the Dec. 9, 2015 poll, said that she invited representatives of the political parties to view the sample box.


She said that representatives of both parties attended and were treated to a demonstration of how the boxes were secured, she said, adding that Eustace attended on behalf of the NDP.

On Thursday, Findlay-Scrubb told the court that the election law envisioned the use of wooden ballot boxes, which could be secured with a lock and key.

She, however, said that before becoming elections chief in January 2009, a decision had already been made to switch to the plastic ballot boxes, which she said are used internationally.

Senior Counsel Astaphan, a lawyer for the government in the petitions case, was conducting the re-examination.

But Queen’s Counsel Stanley “Stalky” John, lead counsel for Benjamin “Ben” Exeter, who is challenging the outcome of the Central Leeward vote rose and asked that the question be struck off the record.

He said his application was on the basis that there are no pleadings in the petition regarding Findlay-Scrubb inviting the representatives of the political parties to view the ballot box.

“The information solicited is neither directly or indirectly relevant,” the lawyer argued.

But Senior Counsel Douglas Mendes, another lawyer for the government in the case, said that John had asked, the previous day, questions about the ballot boxes and how they are secured and the impact of the election.

“It is relevant in that the major political actors were quite happy to conduct a referendum and election of 2010 with these very boxes without objection. It must be relevant to the ultimate question being asked in this case whether the particular construction or make up of these boxes renders this particular election invalid and, therefore, the fact that the Leader of the Opposition, the leader of the NDP had no problem with the boxes when they were introduced,” Mendes said.

“That must be a relevant fact in determining whether the construction of the boxes render this particular election fair or unfair,” Mendes said.

The judge, Justice Stanley John, said he had noted the application to strike and the objection to the question.

Astaphan, however, told the court that the question is directly relevant to the allegation in the petition that none of the boxes were sealed in accordance with the rules and were, therefore, exposed to the secrecy of the ballot being invaded.

“The invitation to view the ballot was not merely cosmetic,” Astaphan said.

The judge noted the relevant part of the petition and said that during counsel John’s cross examination of Findlay-Scrubb, he had asked the former election chief several questions about the ballot boxes, their construction, and the types used before 2015.

The judge said that one of the central issues in determining the petition is the question of whether the ballot boxes used in the election were in accordance with rules and whether they breached any of the rules.

He said that in light of that, the question posed by Astaphan couldn’t be said to be an inappropriate question.

He said he would allow the question, being fortified in his view by the section of Findlay-Scrubb’s witness statement, where reference is made to the ballot boxes and other matters pertaining to the ballot.