‘Nothing untoward’ about memo — health minister 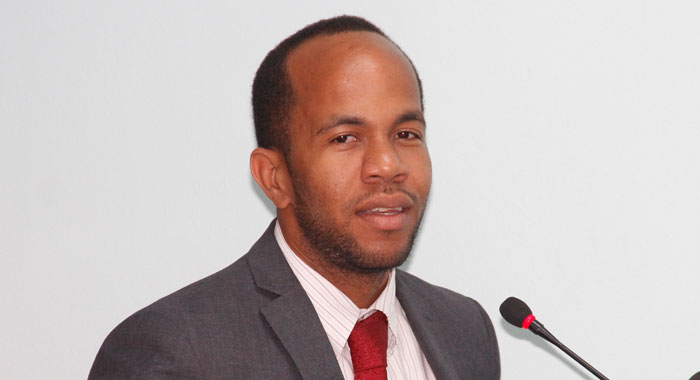 Minister of Health Senator Luke Browne says there was “nothing untoward” about a memo he wrote on Feb. 2, 2017 to the senior assistant secretary in the ministry.

The memo was made public this week by Daniel Cummings, Member of Parliament for West Kingstown, an opposition lawmaker who shadows the Ministry of Health.

The senior assistant secretary was, at the time, essentially acting as permanent secretary as that post was vacant.

In his memo, the minister said he was expected to be kept informed of all relevant developments in the ministry and did not imagine that any major decisions would be taken without consulting him and receiving his guidance or direction.

He further required that the senior public servant consult him about any decision or action and to provide for his examination a list of all incoming and outgoing correspondence of whatever description including internal correspondence by electronic or other means and press releases daily.

But Cummings told a press conference in Kingstown on Wednesday that the memo gives an insight into how the minister runs his ministry.

In defence of himself, Browne told iWitness News on Sunday that the memo “was simply to set out the parameters governing the relationship between the Minister and the PS and the general functioning of the Ministry as outlined in section 60 of the Constitution, and to advise her about some of my initial expectations/requirements.

“There was nothing untoward about it,” Browne said, adding that he sees that Cummings has shared the memo with the media, “you can look at it and draw your own conclusions”.

Cummings told the press conference the memo is part of a “disturbing pattern” in the Unity Labour Party government, which he said has been made “more strident” with the appointment of Browne as minister of health

He said that in any government department there is an administrative and technical head.

The permanent secretary is responsible for the administration of the ministry and the chief medical officer in conjunction with their teams at the various hospitals and health centres, are the technical people who administer the policy of the ministry, Cummings said.

He interpreted the minister’s memo as saying, “nobody in that ministry can submit anything for public consumption unless the minister approves”.

Cummings said that would not be troubling if it was not the ministry of health,” he said, adding that there is “a big gulf between technical matters and administrative matters, particularly as it relates to health”.

Cummings was speaking within the context of the denial by the minister that there was never a shortage of tetanus injections in St. Vincent and the Grenadines over the last 18 year.

On Jan. 29, during the debate of the Estimates, the West Kingstown PM told lawmakers that there were no tetanus vaccines in SVG and that the situation had existed for some time.

However, Browne denied that that was the case.

The following day, radio announcer Dwight “Bing” Joseph said on his “OMG” morning show on Boom FM that he was unable to get a tetanus vaccine for several weeks in late 2018.

“If I did not experience it, I would have believed,” Joseph said.

“I ain’t trust them people dey. Yuh see that? These are the things that make you lift your eyebrows and say, ‘For the love of God!’ It makes you then question a lot of these things people say,” he further said of the government.