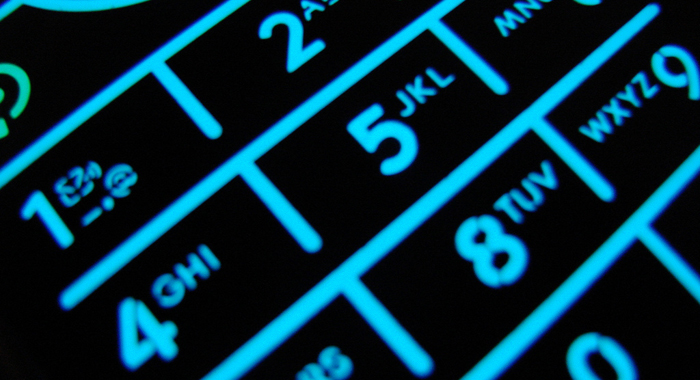 Former Prime Minister Sir James Mitchell says legislation should be passed to ban the use of cellular phones in polling stations in St. Vincent and the Grenadines.

“… because with corruption, people can go in there and take their picture to prove to the politician that they vote for them so as to get something,” he said on Boom FM on Tuesday.

He was speaking in the context of the possible scenarios after the expected March 21 ruling in the election petition cases that his New Democratic Party has brought challenging the results of the Dec. 9, 2015 general election.

Among other things, the NDP has argued that, in North Windward, one voter was disenfranchised when a presiding officer refused to accept his ballot after accusing him of taking a photo of it.

Sir James said that the voting booths should only have plastic sheeting around them and that voting should not take place “where you hide away.

“It should be in the open in a room so people can see what you are doing in there.

They would not see what your vote is, but they can see if you’re taking pictures or anything like that.” said Sir James, who was prime minister from 1984 to October 2000.

“And you must have heavy fines with regards for irregularities in polling stations.”

He also suggested that the Representation of the People Act — the nation’s election law — also be amended to abolish last minute registration.

Sir James also suggested that the NDP and the people call for international observers now.

“Because election can be in 90 days…. Now is the time to call for observers,” he said.

He was referring to the constitutional requirement of fresh elections if the court rules void the poll in any of the two contested constituencies.

“I have been saying for years now, one place where the stealing of elections and the manipulation of elections goes on is because of our constitutional system of constituencies. Moving people into a new constituency, different constituencies at the last minute.

Sir James said that what happens in the lead up to the election is that the Supervisor of Elections is so busy preparing for the poll that her office cannot monitor properly the movement of people into new constituencies.

“And when you are winning an election by five and 10 votes, that is where the stealing can take place, because you are moving from your strong area to your weak area. So that legislation should be changed.”

Sir James, said he has been an observer in three missions and that observers have to prepare a budget and select observers with different interest, all of which takes time.

“You can’t dissolve the parliament, have an election in three weeks and the next morning you say, ‘I want some observers.’ What can they do? The observers have to come in early and see that the machinery for elections is very much in place.”

He said that in the missions in which he had participated, there were advance persons that checked up on the Constitution, the election law, methods of voting, and, among other things, freedom of access to the media.