Only Wizard of Oz can win against NDP’s evidence – Kay 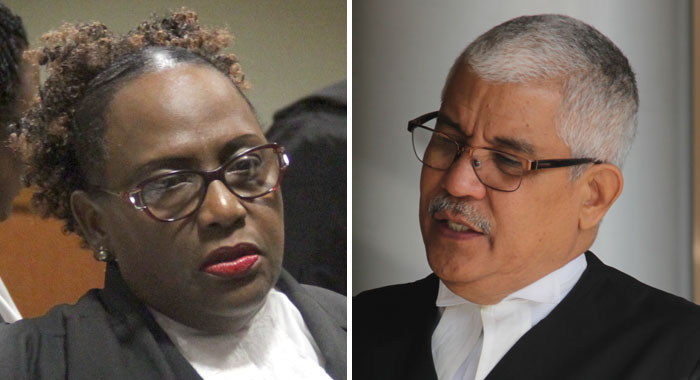 In court, she might refer to him as “my learned friend”. However, on the political platform, she calls him “The Wizard of Oz”.

That’s the name that opposition senator, lawyer Kay Bacchus-Baptiste has for Senior Counsel Douglas Mendes, the lead lawyer for the respondents in the election petition case.

Bacchus-Baptiste, who is also a lawyer in the case, told a rally of her New Democratic Party in Layou, on Saturday, that Mendes is “a very good lawyer” who did “a valiant job”.

“But you have to be the Wizard of Oz to try to win on this evidence we brought into court. Only the wizard could swing that. He did a valiant job, but I tell you, regardless of what happens on the 21st, we have won those cases,” she said.

The NDP has brought two petitions challenging the outcome in North Windward and Central Leeward in the 2015 general elections, which electoral officials say the Unity Labour Party won by an 8-7 margin.