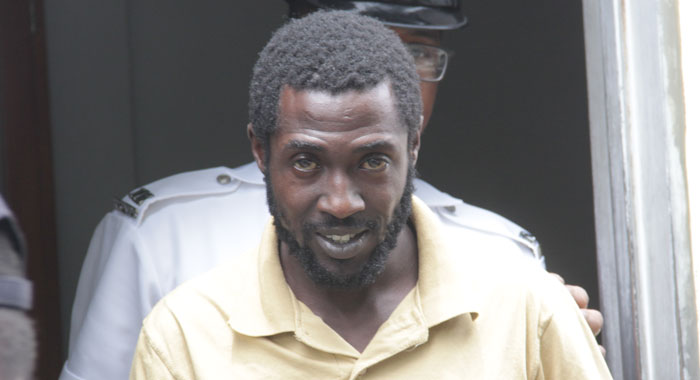 Sunil Isaacs will know on May 3 the decision of the court regarding him marijuana conviction. (iWN photo)

A Chateaubelair man has told the court that he grew a crop of marijuana to help prove that he is a traditional farmer as part of his application for a licenced to grow the plant legally.

On Monday, at the Serious Offences Court, in Kingstown, the man, Sunil Isaacs, 36, of Chateaubelair, pleaded guilty to a charge that on April 7, at Chateaubelair, he had in his possession 5,054 grammes (11 lbs) of cannabis with intent to supply to another.

He was to be sentenced on Thursday, but Chief Magistrate Rechanne Browne further adjourned the sentencing to May 3 to allow her to make further inquiries into the man’s claim.

Parliament could debate on May 2, changes to the national marijuana law, the draft of which was sent to a select committee of the House during the meeting on April 1.

Isaacs was arrested last Sunday, when police, acting on information, went to his house about 5:50 a.m. to execute a search warrant in respect of illegal drugs.

Isaacs was met at home and consented to the search. The cannabis was found in four bags on his bedroom floor.

When cautioned, Isaacs told police, “Officer, ah my weed for me use for the medical marijuana.”

Asked what he had to say in mitigation, Isaacs told the court he has been following the “medical marijuana programme” since last year.

He said that for the past three years he had not cultivated any marijuana “but they encourage me if I want to get with the programme, I try and cultivate so I could come up with proof that me is a farmer”.

Isaacs said that he went to “the office” last week and they issued him with “this licence form” — referring to some documents he had in his hand.

The man told the court that he later called the office regarding filling out the form.

“But they told me this is more of a foreign — but I need to fill out certain parts in it so they could know who is my buyer and trader also.

“My trader was supposed to be here, I think Sunday gone dey,” he said, adding that he called his friend and was told that the person did not come.

Isaacs, who was using a crutch and has a bandage on one of his knees, told the court that he cut himself while using a chain saw on April 1.

“I called the office and I explain and show them well I pick up a cut and I get my thing them to clean and so forth and I really can’t mek it to go to bush and clean them.

“So the woman tell me this week here they would be looking forward to passing licences for buying and so forth. So due to the difficulty, I asked couple of my brethren to try get the weed home for me so I could get it clean.”

Isaacs told the court that he has a child and has not been working since last year.

He said he was hoping to use the weed to get with the medical marijuana programme “so I could get the arrears off my back so I could go forward with that”.

The chief magistrate asked to see the documents that the defendant had.

Isaacs said that he had been told that there was a different form for “me”.

“Traditional farmer,” he said, and the magistrate added, “Which you’ve ticked.”

Isaacs added: “So I just tried my best to get the weed clean so that I can try to make a money on it to handle my warrants. It’s not to supply to another… It was for medical purpose,” he said.

Isaacs said he has already started to deal with an investor in the medical marijuana industry.

The man was released on EC$1,500 bail until the sentencing hearing.