2019 hurricane season forecast to be normal 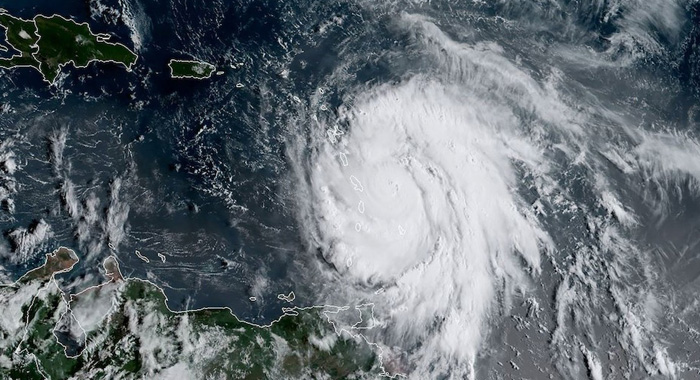 PHILLIPSBURG, St. Maarten (CMC) — A Caribbean climatologist says that the 2019 hurricane season is likely to be less active active than normal or just about normal with 10-13 named tropical storms likely.

“The consensus for the hurricanes and tropical storms is that either the activity will be below norm or regular. So the typical amounts like 10 to 12 to 13 named tropical storms and about six hurricanes, of which maybe two will be major hurricanes,” Cédric Van Meerbeeck, climatologist at the Barbados-based Caribbean Institute for Meteorology and Hydrology (CIMH).

He told the Caribbean Media Corporation (CMC) that forecasters looked the latest outlook and hurricane for the next three to six months during the Caribbean Climate Outlook Forum (CariCOF), taking place here this week.

The data suggest that the El Niño phenomenon will occur in Pacific ocean and this generally leads to drier conditions in the Caribbean but also possibly reduced activity in terms of hurricanes and tropical storms.

Van Meerbeeck said there is still some uncertainty at this time and CIMH is advising residents of the region to keep updating themselves.

He said that by August more information will be available about the outlook for the hurricane seas. He, however, noted that the Eastern Caribbean has been having drought conditions since November-December last year.

“This region has had less rain than usual in the previous wet seasons, which means that nature looks quite dry around many of the island and what you find is that even though with the wet season coming up, the impacts might ease up a bit.

“Droughts continue to remain a concern, particularly the fact that we get less rain than usual on the wet season, meaning that going into the next dry season next year we might end up with less water in our reservoirs,” he told CMC.

The climatologist said this is something that residents of the region should continue to update themselves on.

“We always provide updates every single month so that you keep abreast of that evolving situation,” Van Meerbeeck said.