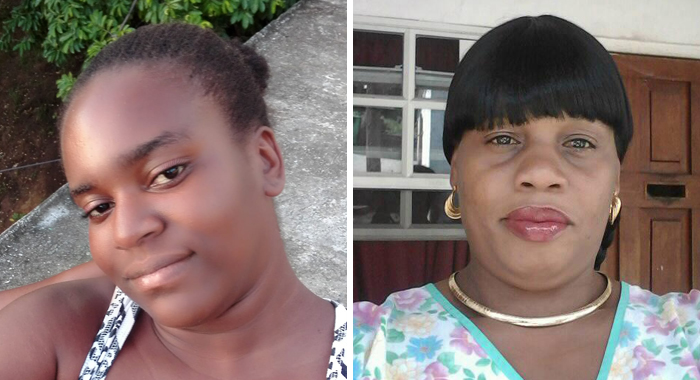 “We can’t force people to come and testify but as a society, this is not good at all,” Burnett said at the Kingstown Magistrate’s Court.

The accused woman, Rillan Hill resident Pallesay Muckett, had earlier told the court she would call no witnesses in case in which she is accused of wounding fellow villager, Cindy Coombs in the South Leeward village on April 12, 2019.

Muckett said the persons who were present were unwilling to testify.

Coombs told the court that she was inside Mc Neil’s shop liming with friends, including Sobrina Williams, when Muckett accosted her.

She said that Muckett came into the shop and asked her “wha’ me and Benson ha’ going on.”

Coombs told the court that Benson Jack is the father of Muckett’s child.

She said that Muckett then pushed her and she pushed Muckett in return and Muckett pulled out a knife and stabbed her on her right arm.

She said that Williams and Jack held Muckett and took her outside.

Also testifying for the crown was Police Constable 515 Henry, who recorded a caution statement from Muckett

In a caution statement, Muckett said she knows Coombs very well but they have not been friends for years, although she was not sure why.

She said Jack and Coombs had been in a relationship.

The accused woman further said that she went to McNeil’s shop about 10 p.m. on the date in question and she and Jack got into an argument and a fight ensured, over a family matter.

Muckett told police that she and Coombs started to fight and Coombs bit her on her hand and she went to the Vermont clinic, where she was administered a tetanus injection.

During her cross examination of Henry, Muckett, who did not have a lawyer, said, “I would like to know why my medical form is not being shown as well. I went to the doctor at the clinic.”

The magistrate told the prosecutor, Assistant Superintendent of Police John Ballah, that Muckett’s claim would have to be investigated.
The prosecutor told the court that he would have the matter looked into and asked for an adjournment until July 19.

On July 19, the trial was adjourned to Sept. 11, when the prosecutor is expected to call two more witnesses.