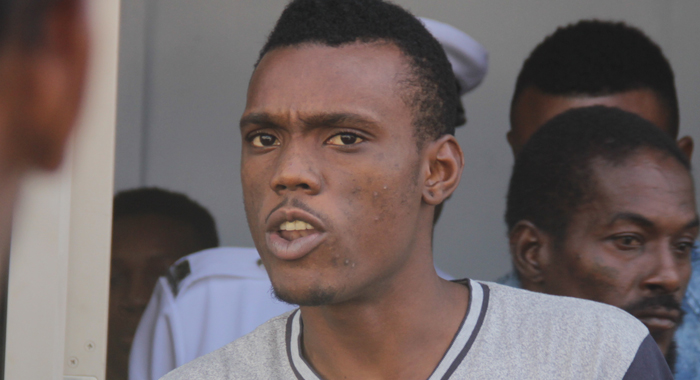 Keithon James was discharged on Monday at the Serious Offences Court at the end of a preliminary inquiry.

Chief Magistrate Rechanne Browne told him that the crown has failed to make out a case for him to answer.

James, 20, was charged that on June 13, 2018, at Campden Park, he attempted to murder fellow villager Keymany Williams, 30, by shooting him on the left side of his stomach with a gun.

He was represented by Counsel Grant Connell, who also represented him last December on the charge that the threatened to kill a witness in the case.

Last December, Senior Magistrate Rickie Burnett found James guilty verdict of a charge that on Nov. 24, at Campden Park, he used threatening language to Gilmore John, to wit, “I will shoot you.”

John was the main witness in the attempted murder case against James.

In mitigation, Connell had noted James’ age and pointed out that he has no previous convictions and was extremely remorseful for his action.

The lawyer asked the court to consider a non-custodial sentence, and suggested that if the court was minded to impose a prison term, that it be suspended.

He also suggested community service, telling the court that James is not a hardened criminal.

However, prosecutor Police Constable Corlene Samuel disagreed with Connell, and told the court that while James was charged with using threatening language, the court has to consider the facts surrounding the case.

She said that the prosecution was asking for a custodial sentence so that James could understand the seriousness of the offence and so, too, would potential offenders.

“It is a serious issue when witnesses are threatened,” Samuel had said.