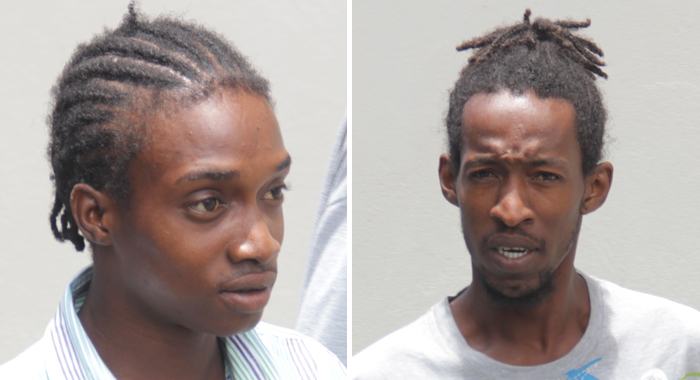 Two Diamond men were, on Monday, charged with robbing a Calder man, bringing to three the number of persons charged with the offence.

Kiranno Richards and Cosmoore Glasgow were brought before Chief Magistrate Rechanne Browne at the Serious Offences Court in Kingstown, where the charge was read to them.

They joined Shem Williams, of Sion Hill, who was brought before the same court on July 18, slapped with the same indictable charge for which they are not required to plead.

They men were granted bail in the sum of EC$10,000 with one surety.
The accused men were ordered to report to police on Mondays between 6 a.m. and 6 p.m.

The matter was adjourned to Oct. 22, 2019, when a preliminary inquiry is slated to begin.