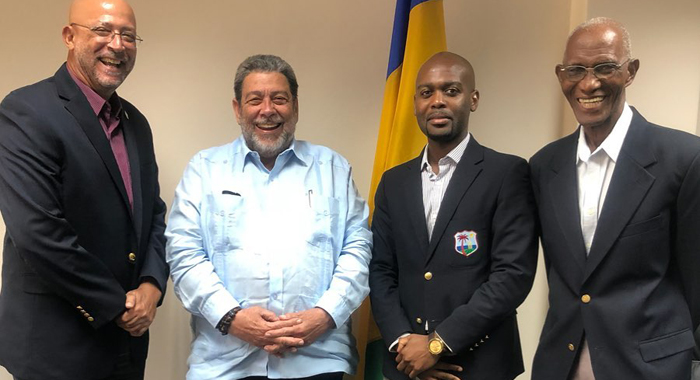 He told a press conference in Kingstown last week Tuesday that he met recently with President of West Indies Cricket Ricky Skerritt and Vice-president Kishore Shallow along with Mike Findlay, an advisor to the board.

“We had a long discussion and the discussion I had was both as chairman of the prime ministerial sub-committee for cricket in CARICOM and as prime minister of St. Vincent and the Grenadines; also as a cricket lover.

“And I want us to put some more money into cricket. The government itself, coordinated from the primary school, grassroots level going up, and I also want, as I discussed with them, a continuing programme for persons who have done well at certain levels, like, for instance, we have several under-19 people who do very well.

“Sometimes, they even take them to the high performance centre when they have that and then they leave then on their own.

“There has to be a continuous programme so that nobody lapses. In professional sport, you watch the way just simply the top cricketers how fit they are:  Australia, England, New Zealand, India.

“India, which used to have a reputation not for fitness; different story now.

“Some of our bowlers bowl a first spell of four overs, when they come back for another spell, after one over, they start to blow.

“It is a complicated business but we have to get it…”

The prime minister reiterated that his government has ring-fenced $4 million to do a track with a football field on the inside at Diamond.

“And I will make a report to CARICOM about our discussion. But they are doing a lot of reforms and they have a number of committees so I am going to see if I get a slot for them at the intercessional head in February to report,” Gonsalves said.

17 replies on “Gonsalves wants to put more money into cricket”