Vincy among 4 charged over $4m cocaine bust in Grenada 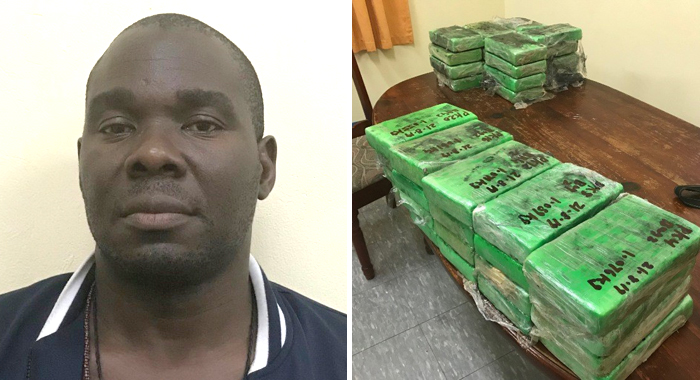 A Vincentian is among four men charged in connection with an EC$4 million cocaine bust in Grenada.

Elvis Chance aka Dexter Chance, 47, a businessman of Layou, St. Vincent, along with Grenadian Bernard Spann, 46, and Jamaicans Alrick Reynolds, 47, and Ian White, 53, appeared in court on Monday jointly charged with conspiracy to traffick in a controlled drug.

The men were allegedly nabbed with 40 kilogrammes (88.2lbs) of cocaine during a joint police operation last Wednesday, Aug. 21, about 8:30 p.m. in Grenada.

He is to surrender all travel documents and report to the South St. George Police Station on Mondays, Wednesdays and Fridays of each week between the hours of 6a.m. and 6 p.m.

Reynolds, White and Chance have been remanded to Her Majesty’s Prisons.

All four men will reappear in Court on Sept. 5.