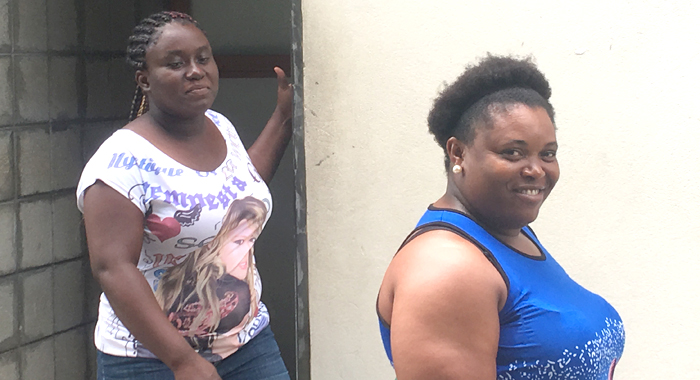 The two women who were detained after disrupting the Serious Offences Court on Monday voluntarily returned to the court on Tuesday and apologised for their action.

Chief Magistrate Rechanne Browne had ordered that Bernadette Myall, of Georgetown, and Tannisha Jennings, of Lowmans Leeward, be detained at the Central Police Station until 5 p.m. Monday for their actions.

Myall had conversed with prisoner Augustine Jennings shortly after entering the courtroom around 1 p.m. Monday, and Jennings kissed (steups) her teeth loudly when the chief magistrate ordered them to leave.

On Tuesday, both Myall and Jennings apologised for their action and thanked the chief magistrate for not imposing the full 48 hours detention that the law prescribes.

Senior Prosecutor Adolphus Delplesche noted that counsel Grant Connell often refers to “the corrosive effect of the clanging doors”, a reference to a prison cell.

And, the chief magistrate told the woman that sometimes people do not always know procedure and that the way they conducted themselves was unacceptable.

She said she hopes that there would not be a repeat of that sort of that behaviour.

Browne told the women that whether it is at a courtroom or elsewhere, she hopes that,

going forward, they would follow the guidance of the relevant persons wherever they go.

“I am sure that you would not want your children to display half of what I saw here. It really didn’t look good. Ok? Apology accepted,” the chief magistrate told the women, both of whom said they are mothers.

The women told iWitness News that they had sat on a bench at the Central Police Station until 9 p.m. Monday night.