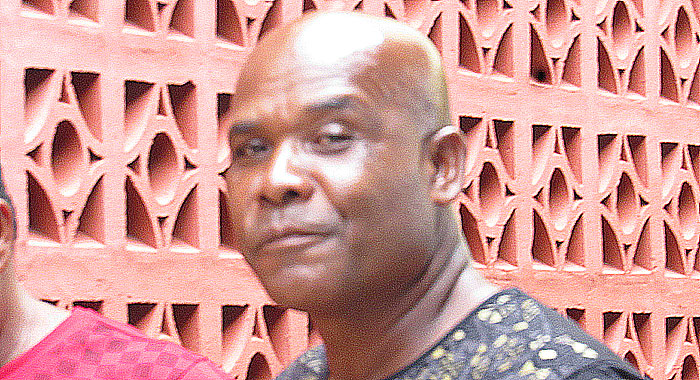 The respondent, Danford Roberts was ordered to pay the woman EC$5,000 in damages. (iWN photo)

A man who hurled insults at a woman during a road rage incident in Sandy Bay has been ordered to pay her EC$5,000 in damages.

Magistrate Bertie Pompey made the order at the Georgetown Magistrate’s Court, on Monday, after hearing a complaint filed by Candie Thomas of Old Sandy Bay.

Thomas’ quick thinking resulted in documentation of the exchange, when she told her 10-year-old daughter to record the incident on her mobile phone.

The court heard that about 7 p.m. on March 30, Thomas was driving in Sandy Bay and had her daughter another minor and an adult, in the vehicle.

“I was going down the hill. I saw a passenger van HB309 behind me. No horn blow to say if they wanted to pass. When I reach by the drain, I slowed down to go over the drain and he drove alongside me. He passed me and drive in front of me. Then he stopped the van and I had to stop because he stopped in the middle of the road. After he stopped, I told my daughter to take a pic of the van stopped in front of me so I can take to the police.”

The woman said that after her daughter took the photo, Danford Roberts, aka “Nineteen”, of Sion Hill, Sandy Bay, exited the van and went towards her vehicle.

Thomas recounted to the court an expletive-laden tirade that she said Roberts unleashed on her.

“Wrong man yo ah mess wid ah nuh. Wrong f***ing man!” she quoted Roberts as having told her, in part.

“I did not respond to him, and my daughter recorded him on my phone,” Thomas told the court.

In the recording, which was played in court, a male voice could be heard saying, “Come out ah the jeep nah. Bet you nah come out ah dah jeep deh.”

The voice then used an insulting remark about an issue or morality before adding, “Wrong man yo ah deal wid!”

Thomas told the court she felt “sad” when he heard the words that Roberts had used.

In his defence, Roberts, who represented himself, said:

“I was driving with three passengers to Owia and was in a hurry. The bus didn’t have horn and so I was blinking the lights to say I wanted to pass.  I forced past her by the old well; I almost hit the van.  I stopped and that’s how me and her got in argument.  She gave me word; I gave her back.  It’s not the first time she is doing it- this is not the first time she is blocking me.”

During cross-examination by Thomas’s lawyer, Samantha Robertson, Roberts admitted it was his voice on the recording.

The lawyer observed that while Roberts had said he was in a hurry, he still stopped and exited his vehicle to curse Thomas.

Robertson asked the court to award her client EC$5,000 in compensation.

When Pompey asked Roberts if there was anything he wished to say regarding the amount, the respondent stated, “I does wuk.”