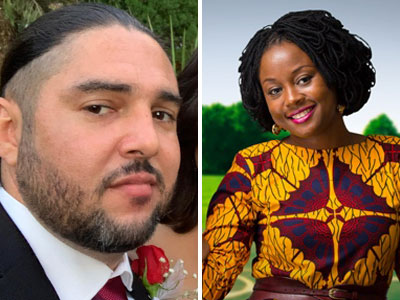 St. Vincent and the Grenadines has identified a gender affairs and an international relations expert to join its team at the United Nations, ahead of its assumption, in January, of a non-permanent seat on the Security Council.

Currently, the SVG United Nations team is comprised of 12 professionals and a driver.

Prime Minister Ralph Gonsalves told the media on Monday that Kingstown is looking to recruit Dominic Brisbane, who has a post graduate degree in security related matters, and Halimah DeShong, who heads the gender institute at the University of the West Indies in Barbados.

Gonsalves said his government will ask the university to release DeShong, who has a doctorate, for the two years that SVG sits on the UN Security Council.

The prime minister said that each member of the team will have a particular file of issues for which they will be responsible.

The prime minister further said that the Security Council deals with a number of issues relating to women and children in conflict and war.

“I know the quality of her work,” he said of DeShong, adding that he is hoping that his government can get her to fill a post.

Gonsalves said there are tremendous opportunities in international institutions for persons who serve on the UN Security Council.

“And we need to have Vincentians among them.”

The prime minster said Kingstown’s ambassador to the United Nations, I. Rhonda King, along with Minister of Foreign Affairs, Sir Louis Straker and his permanent secretary have said they needed those two persons.

The prime minister said the team is made up of 80% females but he would like to see more males among them.

It is a modest staff, but one that can do the work, the prime minister said.

The prime minister said he had told the staff that they have to work in a disciplined manner.

He said the ambassador discussed with the team the issues of when they can get time off because they can get “burnt out”.

Kingstown, on Oct. 1, began its three-month observation of the Security Council before it officially takes up its two-year seat on Jan. 1, 2020.

“St. Vincent and the Grenadines is a small country that consistently punches above its weight in international affairs,” the nation’s permanent mission said in a post on its Facebook page.

“The state uses the tools of diplomacy and multilateralism to advance its interests in the global arena. The work being undertaken at the St. Vincent and the Grenadines Permanent Mission to the United Nations is an important aspect of this strategy.”

The mission said that while SVG is small, “the combination of our history, experiences, and perspectives – which we refer to as ‘small island exceptionalism’ – compels us to lift our voices and share our unique opinions on the issue of climate change and its implications for global peace and security.

“This is why at the United Nations General Assembly (UNGA), 185 countries elected Saint Vincent and the Grenadines for a non-permanent seat on the UN Security Council. We consider this not only a privilege, but an important responsibility,” the post said.

SVG will celebrate 40 years of political independence on Oct. 27, and the mission said the nation “is proud to be counted as an equal participant in the international community.

“We reiterate the position advanced by our Prime Minister that “we are not better than anyone, but no one is better than us.” Our Mission to the UN will continue to lift SVG’s international profile, as we work with our partners to uphold international law and the principles of sovereign equality. We are friends of all, and we continue to strive for a better world!”