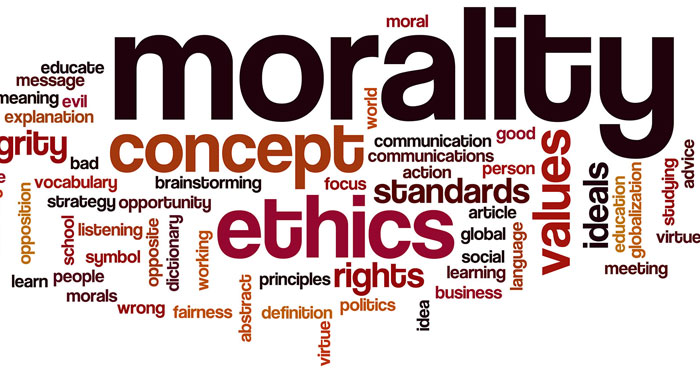 We, the members of the Thusian Institute for Religious Liberty Inc. (T.I.R.L.), wish Vincentians everywhere a blessed 40thanniversary of political independence. Additionally, October 12thof this year marks 11 years since T.I.R.L.’s launch in St. Vincent and the Grenadines as a non-profit, non-governmental human rights education services provider, with a special emphasis on the right to religious liberty or liberty of conscience.

Despite the social ills that plague us as some persons choose to transgress the laws of God and of man, we thank God that we still live in a country where we can, generally, enjoy our inalienable/God-given and constitutionally protected rights and freedoms, and, certainly, our religious liberty. We urge our government to rule with the highest regard for and protection of these rights and freedoms outlined in our constitution. Existing laws should be enforced, for example, the death penalty for murder convictions. Evildoers should be swiftly punished for violating the rights of others via crimes, including sexual crimes. Our nation’s moral values must be upheld against outside efforts to remove them and to force ungodly morals on us, incurring the wrath of God who is watching us.

TIRL also continues to monitor and respond, with human rights education, to growing threats to rights and freedoms, as well as to acts against rights and freedoms worldwide, which Bible prophecy shows will culminate in global anti-conscience legislation against the rights of mankind. These assaults globally may be seen through: the spread of the political agenda of the LGBTQI movement seen in pro-sodomy, anti-conscience laws, the removal of religious, philosophical and medical exemptions in mandatory vaccination laws, and socialist propaganda views of “separation of church and state” being applied in judicial rulings and other regulations in society. These are of great concern to us because they represent attacks on liberty of conscience and are concerted efforts to remove the SocialChristi (a coined term identifying the influence of Jesus Christ in society).

Religious persecution is also prevalent as seen, for example, in China’s communist government’s gross human rights violations of burning Bibles, destroying places of worship, imprisoning and harvesting organs from prisoners while yet in a conscious state, including professors of Christianity. Health freedoms are attacked by continually forcing upon the people, untested vaccines, containing proven debilitating and deadly ingredients, causing life-long injuries and deaths to children globally. The U.S. government’s Vaccine Injury Compensation Program alone has, to date, paid out over US$4.1 billion to families, in vaccine court, for vaccine injuries and deaths, while nations like ours continue to pressure parents to vaccinate without testing the vaccine ingredients and without proper informed choice and with no provision for redress in the event of damage suffered.

Threatening parents with denial of entry to schools if children are unvaccinated is force, and does not represent free and informed choice. And while health officials globally continue to claim that vaccines are safe, the U.S. VAERS (Vaccine Adverse Events Reporting System) for example, reports a total of over 62,000 adverse reactions to HPV vaccines, including 501 reported deaths, since the 2006 commencement of the HPV vaccination programme in the United States; that is about 38 deaths annually due to HPV vaccines and VAERS affirms that only 1-10% of adverse events are actually reported-data up to July 2019.

When an atheist group files a complaint against a judge for giving a Bible to a convicted murderer and for reading and encouraging the killer to read John 3:16, because they have a communist view of the “separation of church and state” phrase, this shows how liberty of conscience is under attack through attacking freedom of religion. This increase and enforcement of laws and practices against conscientious positions and actions is viewed as “progressive” by communist ideologues. However, T.I.R.L. knows that such actions result in the destruction of inalienable rights and freedoms and the demoralisation of the society. We must do all we can lawfully to keep our country free because we must all give account to God the righteous judge for the way in which we treat His ordained rights and freedoms. Begin by educating yourselves as per our motto: Your Rights: Know them. Value them. Respect them. Exercise them and defend them.

As we celebrate this milestone in our nation, let us commit ourselves to the godly moral values that protect liberty. “Liberty cannot be established without morality, nor morality without faith”-Alexis De Tocqueville. Do not submit to destructive external forces whose aim is to encourage moral decadence with the hope of global control. For Religious liberty the struggle goes on! Long live Liberty of Conscience! God bless you St. Vincent and the Grenadines.