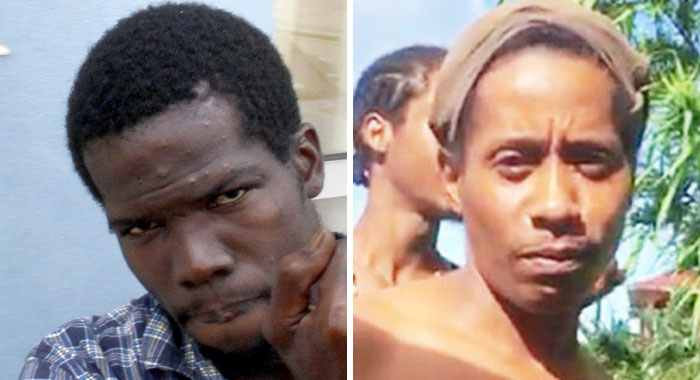 St. Vincent and the Grenadines recorded its 23rd and 24th homicides this year with killings on Saturday and Monday.

That incident resulted in the death of Junior Brackin, a 34-year-old labourer of Rockies, who died after being stabbed to the left side of his neck with an unknown object.

Reports are that Brackin was attempting to break up a fight between other persons when he received the fatal injury.

Police have also charged Samuel with the attempted murder of Kimmarley Douglas,a 31-year-old resident of Rockies.

Investigators are alleging that Samuel stabbed Douglas twice in the back with an unknown object.

Samuel appeared before the Mesopotamia Magistrate’s Court, sitting in Kingstown, and was remanded in custody and is expected to appear before the Serious Offences Court for the setting of a date for a preliminary inquiry.

The other homicide victim is Dennis Richardson, a 27-year-old labourer of Villa, who has a history of crime, including a conviction for gun and ammunition possession and for using threatening language towards the chief magistrate.

Police say they responded, on Monday, to reports of gunshots in the Villa area.

On arrival, officers met Richardson lying on the ground with what appeared to be gunshot wounds about his body.

He was rushed to the Milton Cato Memorial Hospital, where he was pronounced dead.

A post mortem is expected to be carried out on the body to ascertain the cause of death.

The police are soliciting information that will aid with the arrest and prosecution of the offender(s) and are asking persons with such information to call 1784-456-1339, or 1784-45-84200, or any police station/officer that they are comfortable with.

All information will be treated with the strictest confidentiality, police say.

At least three of the homicides this year have not been classified as murders and the perpetrators having argued self defence.

The Director of Public Prosecutions is expected to order coroner’s inquests into each of those deaths.

Richardson was among three remand prisoners charged in August 2017 with attempting to murder another prisoner.

He was charged alongside Jamarlo Dunbar and Ian Gould, who were also on remand for various offences, that on July 31, 2017 they attempted to murder Raffique Chewitt, of Calliaqua.

Chewitt received multiple stab wounds about the body during an altercation at Her Majesty’s Prisons.

In March 2017, Richardson was charged with possession of an unlicensed firearm and two rounds of 12-gauge ammunition without a licence.

Richardson was also convicted and jailed for three months on two counts of using disrespectful language in the precincts of the court.

He was later charged that on Jan. 29, 2018, at Paul’s Avenue, within the precincts of the Serious Offences Court, where juridical proceedings were held, he showed disrespect in speech, to wit, “Next time, me go spit in she f***ing face or take a f***ing chair and pelt it at she” in reference to Chief Magistrate Rechanne Browne, before whom such proceedings were held.

He was further charged that on March 27, 2017, within the precincts of the Serious Offences Court, where judicial proceedings were held, he used disrespectful speech, to wit, “I don’t like that magistrate. I don’t f****ng get justice with she. She stinking p***ie mother****. I want to catch she and rest a hand grenade in she mouth”, with reference to chief magistrate Rechanne Browne.

In an unrelated matter, the chief magistrate had told Richardson that hand signals and lucky charms would have no impact on the outcome of his trial on a gun possession charge.

The magistrate’s comment came as she observed the accused man placing two of his fingers in a particular way during the August 2017 trial.

“What kind of twisting up fingers is that,” the chief magistrate had asked Richardson.

“I see all kinds of signs. It don’t work,” she further commented, slipping into the vernacular, adding that some people come to court “reeking of garlic and chive”.

“It don’t work,” Browne reiterated, adding that her decisions are based on the evidence presented in court.

Richardson was found not guilty of the charge at the end of his trial.