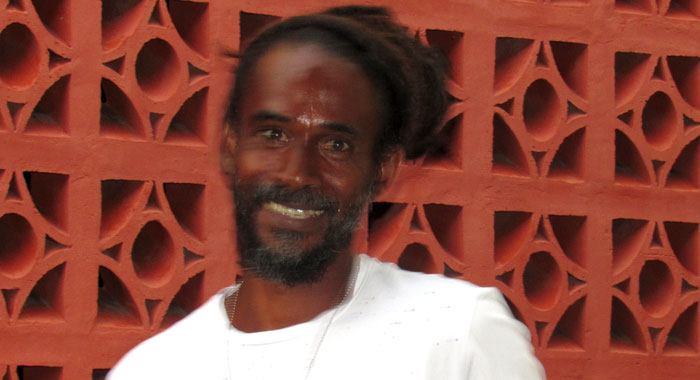 A self-proclaimed Rastafari denied in court that he had stolen or eaten a pig as a man had reportedly alleged, but found himself bonded for assaulting his alleged accuser.

“I am a Rastaman and I hear you calling up my name in thieving thing,” Jephath Gumbs told the court he said to fellow villager and virtual complainant, Artis Jobe, a 51-year-old farmer of Park Hill.

Rastafari, in keeping with their religious beliefs, do not eat meat and considers pork to be especially “unclean”.

Both men appeared before Magistrate Bertie Pompey at the Colonarie Magistrate’s Court, sitting at Georgetown, on Thursday.

Gumbs aka “Darkie” was charged with criminal assault and making use of threatening language.

He told the court that he became friends with Davis in 2009, when they were both in prison.

Jobe told the court that on Sept 15, at 8:25 a.m., he was walking the Park Hill public road in the presence of Keivor Dabreo, also of Park Hill, when he heard someone shouting “Boy! Aye! You boy, wait dey!”

“When I looked back, I saw the defendant coming up with a cutlass in his hand.  I stand up and he came close to me and put the cutlass in my face.  He was about two to three feet away from me and he say to me, me tell people I accuse he of stealing my pig.

“And he say he go kill me. I felt cowardie, cowardie; scared,”  Jobe said, adding that Gumbs walked away and went to a shop after making the statement.

During cross-examination by the defendant, Jobe admitted he had never heard Gumbs’ name being associated with stealing.

Dabreo, a security officer of Park Hill, appeared on behalf of Jobe, but said he is a friend of both men.

He told the court that Gumbs was about two feet away from Jobe when Gumbs held the cutlass to Jobe’s face.

Dabreo, however, said he did not hear the defendant say he would kill the complainant.

Meanwhile, WPC Smart told the court that Gumbs verbally admitted to police that he pointed the cutlass at the complainant and that he Gumbs was about 14 feet away from him.

Gumbs, however, pointed out in court a distance that the magistrate said was 30 feet.

In his defence, Gumbs told the court that seven persons came to him that morning with the “thiefing thing”.

“Two pigs he has. One tie and one let go.  So he miss one and telling people I thief the pig,” Gumbs told the court, adding that the missing pig had gone among other pigs in the area.

“I had a cutlass in me hand and I say,  ‘Boy, I am a Rastaman and I hear you calling up my name in thieving thing.’  My worship, only thing I tell him, don’t call me name,” Gumbs said.

The magistrate found Gumbs guilty of the assault charge but dismissed the threat charge.

“Why didn’t you plead guilty?” Pompey asked the defendant.

Gumbs responded, “I didn’t tell him I go kill him”.

Pompey then placed Gumbs on an EC$1,000 bond for a year. If he breaches the bond, he would have to pay the amount forthwith or go to jail for four months.

4 replies on “Rastaman bonded amidst accusation of stealing, eating pig”