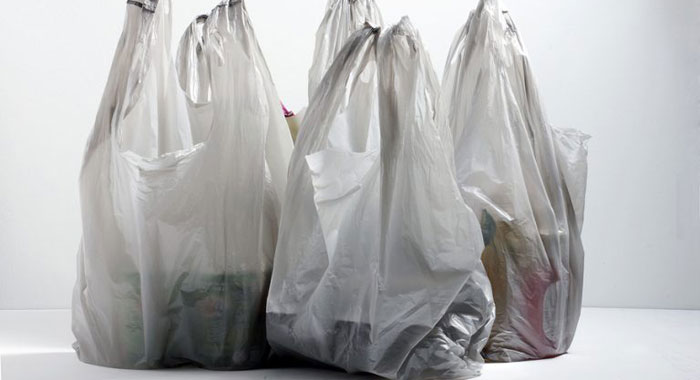 The government of St. Vincent and the Grenadines has announced a ban on the distribution, sale or use of plastic bags, single-use plastic bags and food containers within the country.

The ban, announced by Minister of Health, Senator Luke Browne comes just under two years after a Styrofoam ban.

He told lawmakers that the Styrofoam ban “allowed our environment and country to breathe a sigh of relief and on the basis of the evidence before us, dramatically reduced pollution levels.

“We are now taking a further step in the right direction with the implementation of a plastics ban,” Browne told lawmakers.

He said Minister of Finance Camillo Gonsalves foretold the ban on plastics in his 2019 Budget Speech, in which he expressed government’s commitment to establishing a framework for the regulation of single-use plastic bags and certain plastic containers this year.

“Today, we are fulfilling that pledge in the stipulated timeframe,” Browne said.

“It has already been gazetted,” Browne said.

Browne said that with the ban, the government expects the pollution of streets, drains and landfills of SVG by plastic shopping bags to end on Aug. 1, 2020 “– a sort of emancipation day, you might say, while we start 2021 without the hinged plastic food containers that too often are casually tossed into drains, streets and bushes after the user has consumed his or her meal.

“From a strict environmental perspective, we would have preferred to bring the prohibitions into effect immediately. However, these timelines were carefully considered and calibrated with four goals in mind,” Browne said.

These goals are: to allow importers to complete existing contracts and to give them time to source alternative bags or containers; to provide sufficient time for local suppliers to exhaust existing stocks of bags and containers; to afford local plastic bag manufacturers the opportunity to retool their processes to produce more environmentally-friendly alternative products and; and to ensure ample opportunity to sensitise the general public to the environmental impact of single-use plastics and the availability of more sustainable alternative to those products.

The health minister said that, in recent months, the government of SVG held consultations with major supermarkets, retailers and local manufacturers of plastic bags.

“We have also taken time to understand the role of the plastic bag in the socio-economic life of Vincentian consumers and businesses.

“We recognise, for example, that many people use their supermarket bags as garbage bags in the home. We understand that many vendors in our produce and fish markets do a brisk trade in the sale of plastic bags and we understand that our local manufacturers of bags employ many hard-working Vincentians.

“Other structural and practical peculiarities, like the way certain goods travel from mainland St. Vincent to the Grenadines and between our towns and villages between the laps of minivan passengers were also discussed and explained.”

Browne said some retailers have begun the process of phasing out the use of single-use plastic bags.

“I have been advised that other major retailers have engaged with overseas producers to come up with optimal reusable bags to be used in St. Vincent and the Grenadines.

“Mr. Speaker, it is important to note that the ban on single-use plastic containers does not prohibit all types of plastic bags.  Plastic containers remain a necessary and important part of life, production and commerce in St. Vincent and the Grenadines and around the world.”

He said that as such, the regulation makes clear that a number of plastic bags are still permissible in SVG, including bread bags, bags used to contain fresh fish, garbage bags, bags that hold seedlings or young plants, bags used to hold or dispose of medicinal products, and disposable bags made of biodegradable material.

Further, the government has exempted from the ban those plastic bags produced locally for export purposes.

“Our local manufacturers of plastic bags enjoy a brisk trade with countries in the region that have not taken a similar decision to ban plastic containers. Those products can continue to be produced for export. However, they cannot be sold or distributed locally,” the health minister said.

He said that to date, Jamaica, Barbados, Antigua and Barbuda, and Grenada have passed laws or issued regulations banning various plastics.

Some bans have not been as comprehensive as the one he has announced, the minister said, adding that others have gone beyond the scope of the Vincentian legislation by enacting bans on plastic straws, plastic cups and plastic cutlery.

Browne said that countries around the world have also enacted similar frameworks.

“Our regulation is tailored to balance between our environmental requirements and the needs and challenges of our business sector and the consuming public.”

The minister said he expects that as alternative products become more prevalent, available and affordable, that the government will revisit the regulations with a view to further restricting the types of disposal plastic products, which may be imported or used in SVG.

He said the government hopes that the plastic restriction will receive similar acceptance and adaptation as the Styrofoam ban for the benefit of environmental health.

“Mr. Speaker, having banned Styrofoam and now, plastic bags, our largest remaining plastic pollution challenge will be disposable beverage bottles and their plastic caps. But the private sector has been recycling and also has collaborated to increase the number of trashcans across Kingstown.

“We ask the public to consider the environmental and health beauty of St. Vincent and the Grenadines when they dispose [of] their bottled water and carbonated beverage containers.

“Given the ubiquity of plastics in our lives, I recognize that this process will not be without challenges or difficulties. However, it is a necessary measure to protect our environment, our livelihoods, our economy, and our role as responsible stewards of our precious environmental endowments,” Browne said.