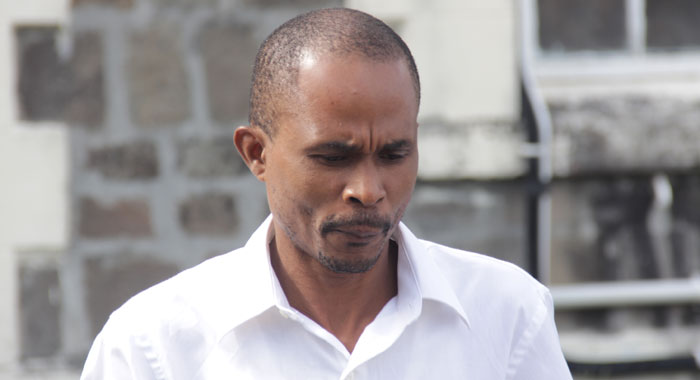 Murderer Aubrey Wilson on his way back to prison last Friday. (iWN photo)

A 50-year-old man, whose murder and attempted murder convictions were overturned on appeal, in May, has been convicted, again, after a retrial.

The Court of Appeal had upheld Aubrey Wilson’s appeal against his conviction and sentence because of errors the judge made during the trial.

In 2013, Wilson, of Greiggs, was convicted and sentenced to 25 years in prison for the murder of his ex-girlfriend, Stephanie Daniel, 31, of Greiggs.

He was further sentenced to 15 years for the attempted murder of Daniel’s friend Vasilsa Maloney, also of Greiggs.

However, in May 2019, the Crown conceded the appeal, having acknowledged that then-Justice James had made grave errors in his submissions to the jury.

Wilson was arraigned again in June 2019 and pleaded not guilty to all charges.

However, a jury convicted him of both charges, namely, that on Aug. 14, 2011, at Greiggs, he murdered Ms Daniel and attempted to murder Maloney.

The facts of the case, as outlined at the sentencing hearing on Friday, are that in August 2011, Daniel ended her years-long relationship with Wilson because of irreconcilable differences and moved out of the home they shared.

On Aug. 14, 2011, she went to visit with some neighbours at the home of Shirley Wilson, in Greiggs.

Sometime during the visit, Maloney also came to visit and stayed outside the porch.

While the three women were there speaking to each other, Mr. Wilson came into the porch and said: “Wey alyo’ ah call up me name fa?”

The women told him that they had not mentioned his name, and Ms Daniel told the group that she was leaving.

However, Wilson prevented her from doing so and scuffled her up, put her against the wall, pulled out a penknife and stabbed her in the neck.

Daniel fell to the ground and bled to death at the scene.

Mr. Wilson then turned to Maloney who had gone into the porch to assist Ms Daniel.

“You too,” Mr. Wilson told Maloney then raised the knife to stab Maloney, who was able to neutralise the attack, but received a wound to her face, causing her to receive five stitches.

The judge ordered that the sentences run consecutively, noting that although the crimes occurred soon after each other, there were two separate victims.

The court ordered that the eight years that Mr. Wilson spent on remand be deducted from the sentences.

Wilson was represented during the retrial by counsel Jomo Thomas, while Karim Nelson and Rose-Ann Richardson appeared for the Crown.