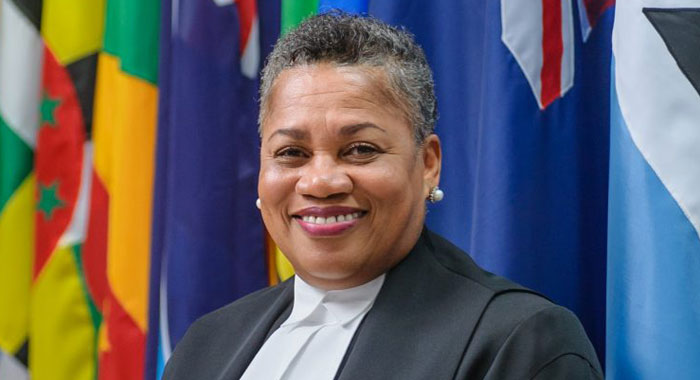 The Eastern Caribbean Supreme Court is “under-resourced, in terms of both human and financial capital,” Chief Justice Dame Janice Pereira told the opening of the 2020 law year on Tuesday.

In her regional address simulcast in the various jurisdictions, Pereira said that in respect of human capital, she puts the call out to legal practitioners who are eminently qualified to step up to the plate and serve not on a part-time basis, but full time.

“It has been said that some of our finest work comes through service to others,” the chief justice said.

Regarding financial capital, the chief justice called on the executives of governments across the region “to do more than provide lip service support to the courts”.

Dame Janice said that the courts have been made to operate for several months now without an approved budget and with promises not kept.

“The fact that a little time, just once in the space of a year, to address funding for the court seems elusive and it speaks volumes about where the judiciary is pegged somewhere on the bottom rung of the ladder. The continued chronic failure to adequately fund the court prevents the court from putting strategic plans into action,” she said.

The chief justice warned that the reforms and enhancements to current court processes and procedures and the addition of new ones coupled with capacity building among judicial officers and court staff can only go so far.

“If we fail to appreciate our human resources and if the doors of our courts are closed or if physical court facilities cannot support an optimised scheduling of matters, where basic facilities fail to be provided at all, then all the reforms, no matter how well-intended, come to nought.”

Dame Janice said that at the beginning of a new decade, the region still faces the problem of inadequate court facilities.

“Judicial officers and court staff are expected to work and the public is expected to conduct court business in buildings that have not been designed to accommodate a court, buildings with air quality issues, buildings in ill-suited locations and buildings without proper accessibility. Courts, like hospitals and airport, are special-purpose buildings. But when it comes to the court, this fact seems to be lost on those tasked with providing them.”

She said that every year since she has been chief justice and delivered such an address, she had sounded the same refrain, as had chief justices before her.

“I have implored our governments to do their part to provide suitable and adequate court facilities and to fulfil their mandates to the judicial branch of government.

“After all, it is a co-equal branch of government. So stop making promises, but rather fulfil them. It is time that attention be paid to the courts and the indispensable function they perform rather than the treatment endured year after year, after year, as if the courts are a nuisance afterthought,” Dame Janice said.