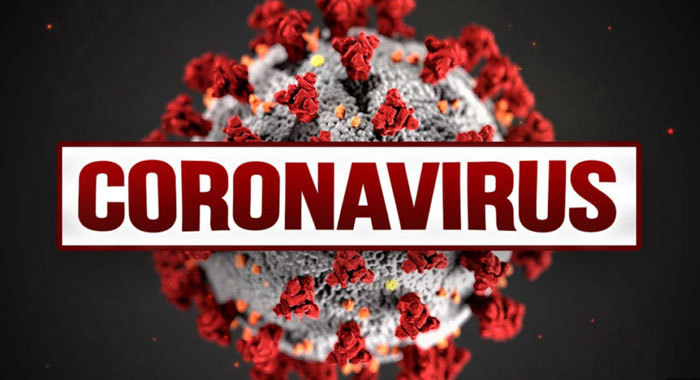 KINGSTOWN, St. Vincent (CMC) — St. Vincent and the Grenadines Wednesday night announced that it has recorded its first case of the coronavirus (COVID-19) after a national returned to the country from a meeting in the United Kingdom.

Health authorities speaking at a news conference said the female is between the age 30 and 35 and that the Trinidad-based Caribbean Public Health Agency (CARPHA) had confirmed the results of the test.

Health Minister Luke Browne told reporters that the authorities have implemented the necessary protocols to deal with the situation and the patient is in isolation at home and three members of her family have been placed in quarantine.

“It is an individual who is exhibiting mild symptoms and that is consistent with what you would see in most cases of COVID-19. So we reiterate that 80% of the persons who get COVID-19 will only develop a mild version of the disease with limited symptoms.

“And it is only in a case where the 20% group that you might have a more severe version of it, but in most instances, mild or severe, you are expected to fully recover and we expect full recovery in respect to this particular case and we note that only persons who are very old — over 80 and who have an underline health condition are vulnerable to this,” he said, urging nationals to continue to undertake proper hygiene practices.

Browne said that the plans were moving ahead for a suitable isolation facility and there were also no plans at the moment for a broad based ban on travel from Europe.

“At the moment we have in place quarantine restrictions for persons travelling from certain countries including countries in Europe, such as Italy as a case in point and there is no intention at this moment, of course this is an evolving situation and we assess things as they develop, to carry out a broad based ban on travel from Europe or from any other particular part of the world,” Browne said.

“It is a case of us trying to as best as possible manage the risk that is associated with coronavirus … keep everybody in the loop on what we are doing in terms of risk management, make sure when there is information, we share that information with the public,” he added.

St. Vincent and the Grenadines is the second Caribbean Community (CARICOM) country to announce a coronavirus case in the past 24 hours.

Guyana on Wednesday announced one death as a result of the virus.

Granger said the woman, who went to a government-owned health care and treatment institution, had uncontrolled diabetes and hypertension.

She subsequently died at the Georgetown Public Hospital Corporation at 8 a.m. Wednesday.

Since Dec. 31, when China first reported cases of the novel coronavirus disease to the World Health Organization, it has spread to dozens of countries around the world, including the United States.

As of March 11, there are more than 121,000 confirmed cases of Covid-19 worldwide, with major outbreaks in Mainland China, Italy, Iran, and South Korea.

Browne told reporters that the travel ban is “not really on the table at the moment, but of course we assess the situation as it evolves to make sure we do our best for risk prevention”.