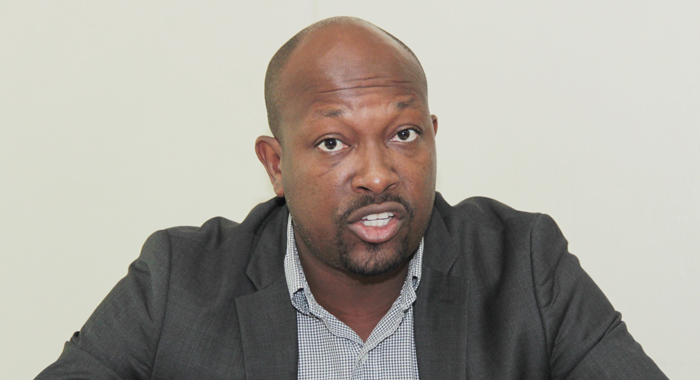 Minister of Agriculture Saboto Caesar says that St. Vincent and the Grenadines (SVG) is “food secure” but contingencies are needed because of uncertainty about the duration of the COVID-19 pandemic.

“St. Vincent and Grenadines, we are food secure. However, what we do not know in our assessment is how long we anticipate this problem to last. And here’s where we go back to the issue of being proportionate,” he told a joint press conference with Prime Minster Ralph Gonsalves and Minister of Finance Camillo Gonsalves this week.

“It is important that we note that even if this matter is supposed to end next week, there’s still going to be a need for food,” he said, adding that his ministry’s initial impetus and proposal is to ramp up production.

Caesar said this would be done whether or not the pandemic ends in a week or two.

“In fact, as I noted yesterday, we have a food import bill that we are working very hard to reduce and we have been marginally successful in that. Comparatively, we have been doing excellent work and compared to the other member states in CARICOM but we have to further work to deepen the efforts to reduce our food import bill. And this is an excellent opportunity for us to begin that process,” Caesar told the press conference on Tuesday.

The agriculture minister warned that with the increase in production, there could soon be significant quantities of commodities on the market, which will drive prices down.

“And we would have to find means and ways of exporting some more these commodities. So I just want to underscore that and here’s where the subsidies would have to come in to support those farmers who produce these commodities, because the price for them will be significantly lower. But we are working to address that by increasing our exports,” Caesar said.

He said his ministry has developed an SVG Coronavirus Food Security and Impact Mitigation Plan that was to be presented to Cabinet for further assessment and analysis “with the intention for full and immediate implementation.

“I wish to thank stakeholders in the sector, our agro processors, our farmers, our fishers, owners of supermarkets, the technicians in the ministry for their diligent work over the last week, because to compile a document of this nature over such a short period of time, especially coming out immediately after a budget exercise, when you had a particular plan of action and rate of implementation, and I have to change it immediately, definitely. It was a significant task,” he said.

He said there are different segments of the plan which will be triggered if there is a particular need.

“It is anticipated and we already have evidence that there will be further disruptions in the global food distribution system,” he said.

The minister said that the supplier of fertile eggs imported for use at the hatchery had already informed his ministry that because of significant layoffs and problems with labour, the ministry will not be able to get the consignment that it wants for 2020.

“And if we are able to get it, it will be at a significantly higher price,” Caesar said, adding, “When we speak about disruptions in the global food supply chain, we have to look not only outwards at the extra region, what is happening extra-regionally, but within CARICOM and OECS.”

He said that the Ministry of Labour, another of his portfolios, was monitoring whether supermarkets would be supplied with goods when they order internationally.

“Because that is the mechanism which will trigger us to ramp up our local production,” he said, adding that there is “an immediate response where we are going to increase our production.”

Caesar said that traffickers (itinerant traders in agricultural produce) from Barbados have said that they will continue to purchase produce.

“They want to ensure that the food supply system in St. Vincent and the Grenadines is maintained, and if there are international disruptions, they will demand more food from us,” the minister said.

“I want citizens to be assured that I am confident in the hard work, diligence and dedication of the farmers of St. Vincent and the Grenadines to ensure that we are food secured, even in a time of peril.”

The minister said his ministry has the contact information of every farmer and fisher in the country “because they are going to play a very important role in the unfolding of the production plan that we are going to put in place”.

He said that the government was working to ensuring that the resources necessary to capitalise on this plan will be in place, adding that within 72 hours, his ministry would contact the first group of farmers “to produce those crops that will mature between three and six weeks”.

He further stated that the CARICOM secretariat has given SVG the task to chair a committee to put in place a food security plan for the entire CARICOM region.

“And the messages will be transferred and transmitted to the churches and through different cooperatives and groups. I want to thank you very much and for the citizens of St. Vincent and the Grenadines to be aware that we are working hard and that we care,” Caesar said.