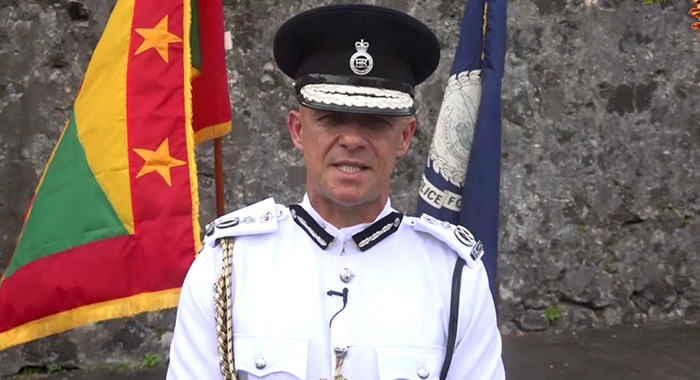 The Royal Grenada Police Force has dismissed as “absolutely false” a media report that its Coast Guard, on Sunday, turned back a Vincentian vessel headed to Petite Martinique with food and cooking gas.

The New Today report came amidst tension between St. George’s and Kingstown after Prime Minister of Grenada Keith Mitchell reminded his nationals that the country’s borders are closed as a result of the COVID-19 pandemic.

Mitchell was speaking within the context of the traditional movement between people of the southern Grenadines islands that are shared between his country and St. Vincent and the Grenadines.

But, his Vincentian counterpart, Ralph Gonsalves went on to issue an invitation for Grenadians in Petite Martinique and Carriacou to come to Union Island, in a “structured” way if they needed to purchase food and fuel.

Gonsalves, however, did not say that if the protocols his government had put in place to help fight the COVID-19 pandemic are to be followed, that structured way would include Grenadians spending 14 days in quarantine on arrival in SVG.

SVG has not closed its borders but has implemented quarantine requirements for all persons arriving in the country.

Further, the nation has closed its sea ports in Union Island, Canouan, Mustique and Bequia, meaning that any Grenadian wishing to travel to SVG must used one of its airports, or clear with immigration in St. Vincent if they arrive by sea.

In its report, The New Today gave no information about the vessel that was allegedly turned back by the Grenada Coast Guard, but said a source familiar with the incident said that the Vincentian boat was stopped short of landing in Petite Martinique.

Speaking at press conference Monday morning, Grenada’s acting police chief, Edvin Martin said it is unfortunate that an established media outfit would publish “such a story without ay attempt to verify”.

Martin said he had received Sunday night a flood of messages and phone calls asking him to answer to a rumour.

“I want to state here that this is absolutely false. I have spent a number of time speaking to the commanders of Carriacou and our Coast Guard in an effort to verify this issue over and over again…

“This is false and, again, I call on individuals to be a bit more responsible in how we treat with social media and the posting of information.

“And wherever there is an issue involving the actions of the RGPF, rumour or otherwise, I want to ask us, members of the public and media houses, where appropriate, to please call for verification.”

Martin said it is unfortunate that an established media outfit would publish such a story “without any attempt to first verify.

“This is indeed sad and I trust that it would be the last that we would have such an incident.”

Martin appealed to Grenadian and the country’s media, respectively, to be “a bit more responsible in the use of social media and the posting of information.

“We are all challenged with the fight against a very formidable disease and we should not have to spend valuable time responding to false, irresponsible rumour and scaremongering messages,” he said.