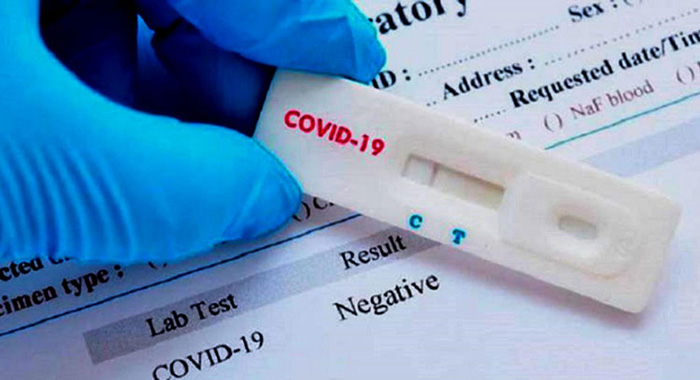 St. Vincent and the Grenadines wants to test 11,000 of its residents for COVID-19.

Prime Minister Ralph Gonsalves said on WE FM on Tuesday that antibody testing of 10% of the population or 11,000 people is one of the objectives of the “Live Well With It” campaign.

“… they want to use rapid kits to test 11,000 Vincentians to see if they have the antibodies,” the prime minister said of the campaign, which will be run by the Health Services Subcommittee, chaired by Chief Medical Officer, Dr. Simone Keizer-Beache

“… a similar model as to what happened in Iceland but we only got 3,000 [rapid test] kits. We have a source; I’m trying to find out what is happening to that 5,000 which is coming from another source, then we have some more ordering but you know the supply chain is problematic.”

The prime minister said PCR tests, which are more accurate, will be administered to 1% of the 11,000 people.

“…you want to do a sample to see the extent of the accuracy. And they want to sample populations such as the residents and caregivers in elderly care facilities, frontline health care workers, police, immigration, customs, workplaces with relatively large employee workforce — ECGC, Brewery, VINLEC, CWSA and so on and so forth.

“And as I said before, as you test more and more … Don’t be worried when you see that there’s another case. It depends on all the circumstances, what you’re having.

And the other thing we are able to try and contain as much as we can, but most importantly, pauses to recover,” he said.

St. Vincent and the Grenadines has recorded 16 cases of COVID-19, four of which are “a small cluster of import related cases”.

Eight of the persons who tested positive for the disease have since recovered.