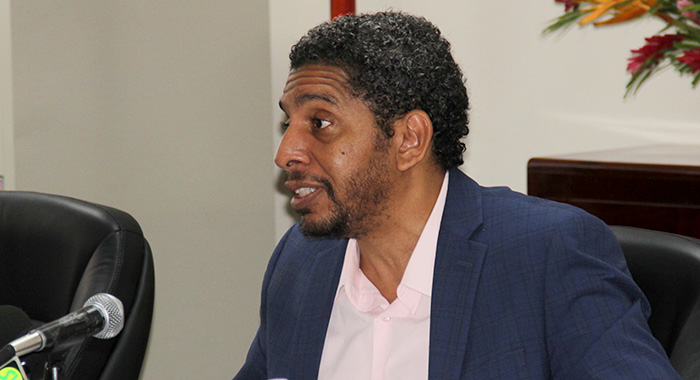 Some 123 employers, who hired 1,200 persons, have told the National Insurance Services (NIS) that they have closed, are in the process of closing or have scaled back their operations significantly.

This means that more persons than anticipated might be seeking unemployment benefits from the social security agency.

The NIS had a $2 million budget for unemployment benefit.

“And they anticipated about 2,000 people coming on when they did their projections. At this rate, it suggests that the number may exceed 2,000 people who are affected,” Minister of Finance Camillo Gonsalves told the media last week.

He told a press conference that more than 1,000 persons had applied to the NIS for EC$300 in monthly assistance as a result of income loss as a result of COVID 19.

One-third of the applicants are persons in the accommodation sector.

Gonsalves reminded the public that as part of the stimulus package that Parliament approved on April 7, there is “a separate pot of money” that provides for people in the hospitality sector.

This allocation is called the Displacement, which, like the NIS unemployment benefit will be EC$300 a month.

“It doesn’t differ from the NIS payment. And it is open to people in, in the hospitality sector generally. So that means if you work at a hotel, if you work at a restaurant, if you are a tour guide, if you … operate a dive shop and the like, your application process is also the same process at the NIS.”

He said that the government had thought of a different procedure to apply but since the pay-out amount is the same amount and will be paid over the same recurrent basis, the NIS has agreed to collect the forms and process the payments on behalf of the central government.

Gonsalves told the media last week that more than 1,000 persons have applied to the NIS for unemployment benefit.

For the first time, the NIS is offering unemployment benefit, a safety net not formerly captured under its portfolio.

And, persons who were laid off after March 1 in a COVID-related retrenchment can apply for the unemployment benefit.

Such persons can either go to the NIS website to download the form or can go into the NIS headquarters in Kingstown and fill out the applicable form.

The minister said that of April 24, 975 persons had applied for the assistance.

He told a press conference last Wednesday that Stuart Haynes, executive director of the NIS, had since said that the number had gone past 1,000.

About 30% of the people who applied were in the accommodation, tourism, or hospitality sector.

“And a surprising number, at least for us, was the education sector.”

He said 139 people in that sector had applied and the data show that they are pre-school teachers from the private pre-schools that shut down.

Gonsalves said there are a number of “own-account farmers” who pay NIS contribution who have also applied for the benefit.