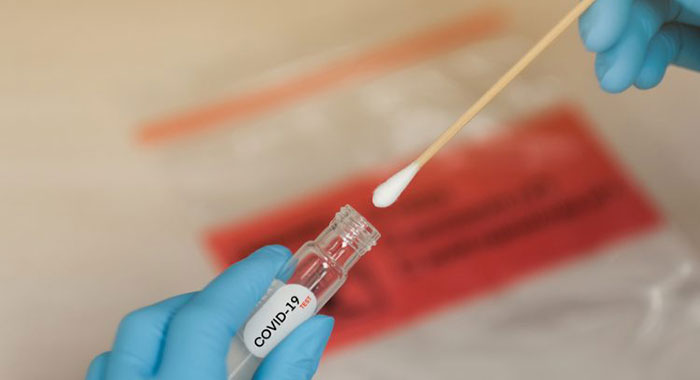 The Ministry of Health has administered rapid tests for COVID 19 on 183 persons in St. Vincent and the Grenadines, while 137 have been tested via PCR instrument.

And, in disclosing the numbers at a press conference on Thursday, Chief Medical Officer, Dr. Simone Keizer-Because pointed out that some persons in those groups have been subjected to both types of tests.

“… with the rapid tests, we’re using it in two ways: screening, [and] we use it in our contact tracing. So if you do a rapid test and it is positive, we then go on to do PCR,” Keizer-Beache said in response to a question.

“So when I give you the figures, there’s going to be an overlap, because the person who had a positive rapid would have a PCR done.”

Asked if it was possible to distinguish the number of overlaps numbers “so that the public is not confused by the numbers”, Keizer-Beache said:

“… for example, we have 183 rapids (tests). But then we moved on and we have 137 PCR tests. However, remember, we were doing PCR tests before we started doing rapids. And we have continued to do PCRs coming out of rapids.

“So we can do the breakdown, but I won’t be able to tell you today. So for example, also … we did screening on say, persons who came in from somewhere, those persons would have rapids, and not necessarily go on to the PCR.”

The chief medical officer explained that the number of rapid tests would gradually become far higher than PCR tests.

Meanwhile, in an interview with VC3 on Wednesday, Medical Officer of Health, Dr. Roger Duncan said that in the context of scarce and limited resources for PCR testing, which is used for diagnosis, “we have to have some sort of strategy for testing.

Duncan said that the rapid test is an excellent tool in contact tracing.

“… it’s amazing how well it works. When we’re looking back to see … what has happened, what hasn’t happened, … the rapid test has been a great tool employed by us in doing contact tracing, in determining what is the level of COVID activity in the community,” he said, adding that “community” refers to the “ the community of St. Vincent and the Grenadines.

“… So although you might see what you think is a small number of PCR testing. I think the rapid testing … has gone beyond the number we have done already. In terms of PCI, so when one complements the other, and it depends on what the specific situation is, you decide which to employ,” Duncan said.