Half price for fertiliser; free seeds, seedlings for SVG farmers 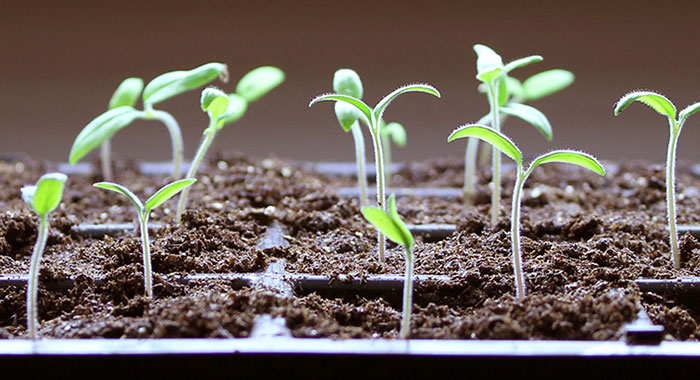 Farmers in St. Vincent and the Grenadines will benefit from an arrangement between the Agricultural Input Warehouse (AIW) and the Farmers Supply Company (FSC), both state-owned, that will see the halving of the price of fertilisers and other inputs.

Minister of Agriculture, Saboto Caesar said on Star FM, the ruling Unity Labour Party’s radio station, that the arrangement will come into effect by the middle of this month.

Caesar said that with monies allocated in the stimulus package, the AIW has agreed to a 50% discount to the FSC, which would see the FSC receiving EC$300,000 worth of supplies for farmers at half the cost.

The seedlings will be distributed at different agricultural stations in about two weeks, with Orange Hill as the main hub.

The minister said that the venture is the “bedrock of the green revolution”.

He further said that the ministry has a national revolving programme in which persons can receive livestock then return to the ministry, part of its benefit so that another farmer may also benefit.

Persons who apply for these livestock must have a proper place in which to care for them.

“We don’t want animals to be a nuisance in the community,” Caesar said

The minister said his ministry has been working diligently with the police to combat praedial larceny.

Police will also target persons who have “certain tendencies” to see if they would be brought in line with production and become economically productive, the minister said.

Caesar said farmers, after putting in so much work, take a lot of pride in their produce only to have them stolen.

Meanwhile, Caesar said funds were allocated in the Budget for the design of an abattoir.

Caesar said there is a sentiment in SVG, that live animals should not be exported.

SVG has been exporting cattle to Grenada since 2012.

Caesar said that his ministry would work along with technicians to “up the skills” of some young persons in an effort to export meat products and reduce importation.

He said butchers have approached his Ministry for aid to upgrade their facilities in an effort for exportation of their meat products.

The minister encouraged Vincentians to develop cottage industries, adding that doing so, create wealth within the local economy, especially in a period such as the COVID-19 pandemic.

2 replies on “Half price for fertiliser; free seeds, seedlings for SVG farmers”