Thief’s father laments going to court as a Christian 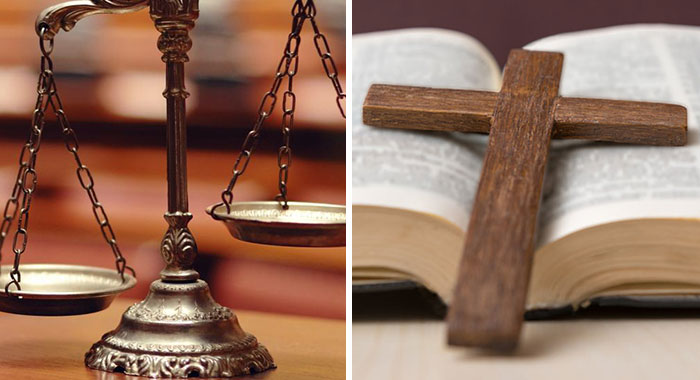 The father of a teen thief was, on Monday, stopped in his tracks as he argued that he should not be coming to court because of his attempt to live a Christian life.

“One last thing, please sir. I’m not supposed to be coming to no court. I can’t be coming to court all the time like this,” said the man whose 15-year-old son had pleaded guilty to damage to and theft from vehicles amounting to EC$6,500.

Senior Magistrate Rickie Burnett, who was presiding, told the man that he did not doubt him, but asked him who the child’s father is.

“And when people hear I went to court or see me inside the court house and I living a Christian life–” the man, who said he had “a shady past” was saying when the magistrate interrupted him.

Burnett asked him if he meant that Christians should not come to court.

“Not really, sir,” the father responded, adding, “But in light of my–”

“Hold on. You think I am a devil or a heathen?” said Burnett, who is known to be practising Seventh-day Adventist.

“I am going to the same heaven that we all hope to go you know,” Burnett said, “… there are Christians in the court as well; plenty of us. You understand?

“One of them writing right now with a pen, he is a song service leader. I see him on social media almost every Sunday, he is one of the choristers,” Burnett said, adding that he was referring to journalist Kenton Chance.

The teen, along with his co-accused, Romano Jackson, of Frenches, pleaded guilty last Wednesday to damage to property and theft charges relating to a vehicle at a Brighton garage operated by Franklyn King of Richmond Hill.

Burnett had earlier told the teen’s father, who accompanied his son as he stood in the dock, that the accused was being offered bail in the sum of EC$10,000 with one surety.

The magistrate told the father that either he or the child’s mother, or both of them must attend Wednesday’s sentencing hearing.

“He is a boy, he is a child,” the magistrate said, adding that while the court was yet to hear the facts of the matter, the father has a responsibility to the child.

“You remain the father for him,” Burnett said, adding that that would be his response, regardless of what the father would say to the court.

“This is real heart-breaking to me,” the father said of his son’s crime.

The man, who has a withered right arm and walks with a pronounced limp, told the court that the church, Liberty Lodge Boys Training Centre (a state-run home for at risk boys), the school and the police had tried with his son.

“He still continues to be a stiff-necked fool,” the father said, adding that while the son is supposed to be living with him, he does not see the child.

He said that sometime when he sees him on the street he would give him a $20 bill or whatever he has.

The father said he is “in serious financial difficulties. I don’t even know how I’m going back home.”

He told the court that someone ran into a borrowed vehicle he was driving last week Monday.

“I have to deal with the insurance, I have a lot of serious problems that I can’t afford,” he said, adding that he did not know in which way he would be able to pay any money to anyone for anything else.

“I don’t even have a dollar to pay go home, or food in my house; nothing,” he said, adding that he did not know if he would have to go to prison.

The man said he had given his life to Christ and was about to be confirmed in the Methodist church, where he also works.

“There is no way I can afford to do anything — I don’t know what to do,” the man said and started to cry.

He said he was supposed to go that morning to credit from someone some parts for the vehicle that had gotten into the accident.

He said that at the end of the month he would have to pay the creditor, adding that while the accident was not his fault, he has to repair the vehicle.

“And this thing come up here now is additional financial problems,” he said, adding that he did not know of anyone he could go to ask for assistance.

“Everybody has their own problems,” the father said.

“And for me to go to prison now, with my life as a Christian, how that going look? I have a shady past. I have since given my life to Christ and come out from amongst them and so on.”

He said that if the public hears his name being involved in police and court matters, it would look bad.

“I try my best,” he said, adding that he lives alone and does not go out.

“And this is what I have to come to now,” the man said, adding that that morning in his devotions he continued to ask God what he was doing wrong to have to go through such issues.

The magistrate then told the man that that is one way of looking at the matter.

Burnett invited the father to put himself in the position of the victim.

“Imagine yourself being the complainant,” Burnett said.

The other accused in the matter, Jackson was not present at the hearing as someone struck him in the head outside the court injuring him as he was awaiting the hearing.

He went to the hospital to seek medical attention for the injury, resulting in the sentencing being adjourned to Wednesday.