Political victimisation and its perpetuation in SVG 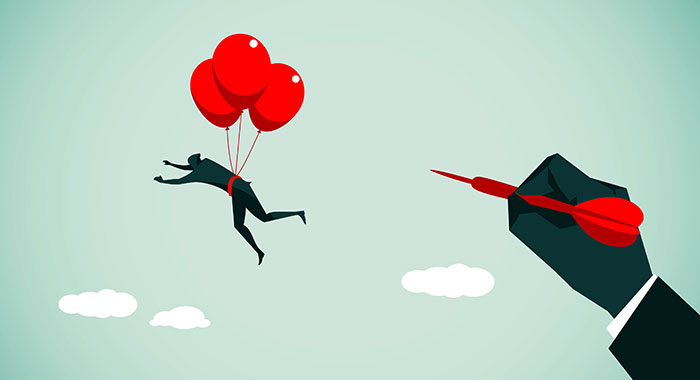 Many of us disagree on a multiplicity of things — how to best discipline our children; how to best manage personal finances; which religious denomination best reflects the true interpretation of the Bible; what constitutes moral/immoral behaviour; which political party best suits our needs, inter alia.

Undoubtedly, in St. Vincent and the Grenadines, our political ideology has inspired us to be aligned with one political party or the other for decades, despite the actions or inactions of the ruling party at any given time.

I postulate that most people who align more with socialist policies will continue to support the Unity Labour Party (ULP) until thy kingdom come. Admittedly, the hand-outs to the poor and needy; the investments in the youth and youth programmes; the investments in education (numerous scholarships, bursaries, EC$500 incentive to CSEC and CAPE students etc.); the assistance to farmers and young entrepreneurs are all praiseworthy.

However, given that most people are self-centred, it would matter little to them that their neighbours, co-workers, brothers and sisters are being victimised, punished for having an opposing voice; a different political philosophy that is too often expressed on social media or elsewhere. We have close relatives, family and friends who are in great jobs primarily because of their political affiliations. We, thus, cannot risk being concerned about our politically victimised neighbours for fear that we be seen as supporting the New Democratic Party (NDP), even though we see the injustice.

One need not be a deep thinker to understand why supporters of the ULP would defend their personal interests, the above-mentioned socialist policies and the interests of their families, relatives and friends even if it means turning a blind eye to cases of political victimisation. I am certain that desperate supporters would even employ the tu quoque fallacy to argue that there was also victimisation under the NDP, as if that makes victimisation under the incumbent government more palatable.

Like a skilful barrister who can win a case whether or not his client is guilty, there are equally competent supporters of the ULP who can successfully make any wrongdoing seem right in the eyes of the public, either by highlighting all the good the party has done, by discrediting the person making the claims or by simply not addressing the claims.

I would consider myself to be more aligned with the socialist policies of the ULP but as a follower of Christ, I cannot condone victimisation nor any violations of freedom of speech simply because the hand-outs are enticing. I am afraid that if I support such violations, one day my family, relatives or friends may fall victim to the same political victimisation and it would then be too late to control the beast. I can’t take that risk; I can’t just think about myself because of the socio-political benefits. God can easily take whatever benefits I derive from doing so away, so it’s pointless for me to turn a blind eye. God sees all and he does not like ugly. He knows how to keep evildoers and upholders in check.

I have seen well-reasoned opposition supporters seeking to appeal to the reason of long-time ULP devotees but I believe that such an attempt will be futile — their selfish interests must be protected at all costs. Your only hope is to appeal to the educated voters and the true Christians who are more oriented towards reason and righteousness respectively.

There are those socialist-oriented persons who refuse to vote for the NDP. They also see the victimization and plight of their neighbours and refuse to vote for the ULP, but such decisions only see the perpetuation of the victimisation when the same party is re-elected. What then shall they do? I am sorry for you my brothers and sisters but I only have one vote. I can only shed light on political victimisation, police brutality, nepotism and the other ills of the Vincentian society; the choice is yours to make as the electorate.

I am committed to neither ULP nor NPD. I simply like the ULP’s policies. Can another political party continue or improve these policies without the victimisation and violations of freedom of speech? I think four terms is more than enough time to prove yourself… It would be absurd of me to have any high expectations of any change in attitude from the ULP if they are given a fifth term. We desperately need a change and the only obstacle is our selfishness — the political benefits are too enticing.

Unfortunately, the victimisation did not stop with Otto Sam, even following the Court of Appeal’s dismissal of the government’s appeal of the 2014 High Court ruling that “his transfer out of the education system in 2010 was irrational and illegal”. I love facts, so I had to point to that fact as documented. Are there others? Of course, the political zealots will deny even the facts. Let’s do the right and honourable thing.

11 replies on “Political victimisation and its perpetuation in SVG”