Debt forgiveness for the Caribbean region 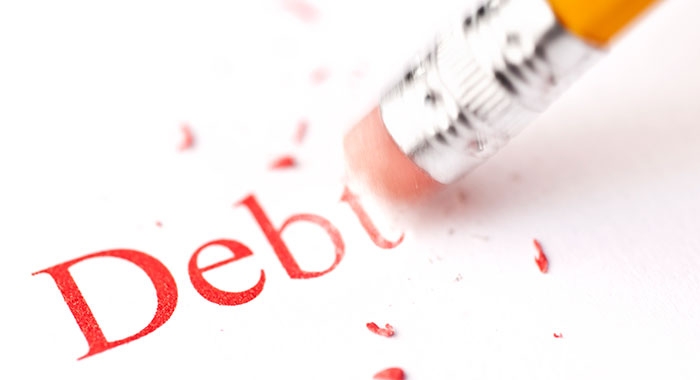 In April of this year, the International Monetary Fund (IMF) director, Kristalina Georgieva issued a statement where she announced debt forgiveness for 25 countries that are categorised as lower income countries.

This decision by the IMF executive board came under the Catastrophe Containment and Relief Trust (CCRT) as a measure to help the selected countries to cushion the impact of Covid-19 through a grant base debt service relief.

However, there was just one Caribbean country that was considered to benefit from this programme: Haiti.

The Caribbean region consists of small island states most of which are categorised as middle- or high-income countries. Hence, it seems that they cannot be considered for an immediate debt relief programme by the IMF to combat the growing impacts of the COVID-19 pandemic, even though Caribbean countries have some of the highest debt ratios in the world.

It is important to mention that these countries are also impacted frequently by natural disasters and a large percentage of their expenditure goes into the rebuilding and strengthening of their economies to become disaster resilient.

As of recent, we have seen many countries within the region embark on several initiatives to address the impact of the current pandemic within their country, including stimulus packages, moratorium on the payment of interest on loans for citizens, the borrowing of IMF-funded loans under the Rapid Credit Facility (RCF), which is part of the Poverty Reduction and Growth Trust, and loans by the CDB. With all these initiatives in place the question arises: How do Caribbean countries pay their debt in current circumstances?

Over the years, the Caribbean has turned into a service driven zone where tourism is the main contributor that accounts for over 70% of GDP. The reality is that this source of income has dried up. Even with the reopening of some countries, the current global environment doesn’t provide an optimistic economic outlook for at least the next six months for small island developing states. The vulnerability increases as these islands enter into a predicted active hurricane season and their financial burdens would only increase.

These current short-term efforts that the region’s countries have put into place to combat the impact of COVID-19 would have long term effects on their economies if they aren’t able to boost their fiscal capacity.

The region’s citizens must be aware that this translates to losses in investment, closure of small businesses, increase unemployment, hence increasing poverty.

As a region, the Caribbean must work as one body to push for debt relief to help address the impact of the COVID-19 pandemic we need fewer loans and more debt relief grants.

2 replies on “Debt forgiveness for the Caribbean region”