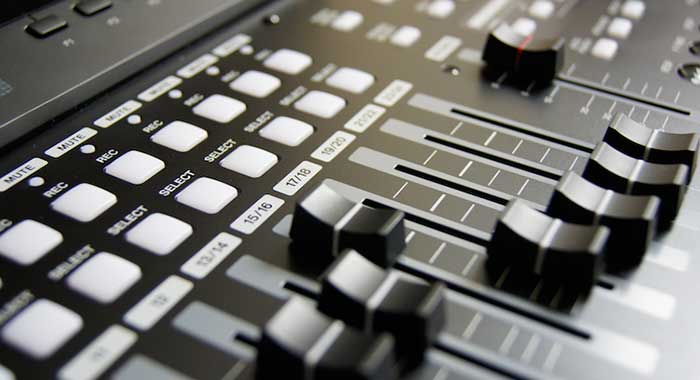 The government of St. Vincent and the Grenadines has lifted the ban on amplified music imposed as a result of the COVID-19 pandemic, Prime Minister Ralph Gonsalves announced on Wednesday.

Speaking on NBC Radio, Gonsalves said that Commissioner of Police Colin John will announce the practical issues relating to the ban.

The police chief has announced a press conference for 10 a.m. Thursday.

And, even as he announced the easing of the restrictions, the prime also detailed his government’s protocol for managed conduct of mass gatherings with amplified music.

The prime minister said the managed conduct of mass gatherings with amplified music would be a collaborative effort involving the police force and the Health Services Sub-Committee’s core teams.

The protocol recognises the increased risk of the spread of COVID-19, now that international flights to SVG have resumed, including from countries with many cases of COVID-19 and the altered nature of the quarantine requirements, the prime minister said.

Gonsalves said that outdoor mass gatherings with or without amplified music would be limited to 300 persons.

“That means Heritage Square is alright,” he said, referring to an entertainment spot in Kingstown, where hundreds of persons gathered on Friday evenings during the pre-COVID period.

“I suspect the Commissioner [of Police] would speak to the issue of the lifting of the ban on amplified music. I think he’s made the announcements. I don’t know if it’s this evening or tomorrow. But, that announcement will come.

“I don’t want to arrogate unto myself the authority of the Commissioner of Police but I’m just telling you what is agreed upon.

“I suspect that if you have [320] people at Heritage Square … the policeman is going to tell you that 20 of you have to move,” said Gonsalves, who as Minister of National Security, has ministerial responsibilities for the police force.

He said that mass gatherings would also relate to persons who want to have an open-air church service.

The protocol calls for temperature checks of persons “where you have a controlled entry.

“Let’s say at Victoria Park, you’d do temperature checks,” Gonsalves said, adding that the digital no-contact thermometers used for these purposes are available at local stores.

“And any persons who are found with a temperature greater than 100.1 degrees Fahrenheit must be referred immediately to the COVID hotline, at 534-4325.”

The protocol calls for at least one hand sanitisation station for every 40 persons.

If the event is a street square type event, the involved shops, stalls, bars, will provide sanitising options.

The protocol says that the outdoor venue should have enough space for practical physical distancing, recommended at 3 feet per person.

“Usually, the places are large enough for you to have a sufficient distancing,” Gonsalves said.

The protocol also strongly recommends the use of facial coverings.

“All congregants/patrons, if you have a device, you should download the Ministry of Health, Wellness and the Environment patient reporting app to facilitate the early identification of contacts of new suspected COVID cases.

“And, of course, you should have adequate toilet facilities at or nearby where you are having these [events]. And, absolutely, all food safety protocols must be strictly adhered to and generally speaking, you have to comply with the Public Health Act, as amended, and the Environmental Health Act.”

They will be limited to 200 persons and the same protocols regarding temperature checks, hand sanitation stations, etc. will apply.

“Obviously, the science teaches, I am told, that if you are indoors, it is more risky than if you are outdoors,” Gonsalves said, adding that the directive regarding temperature checks, hand washing and sanitising stations, physical distancing, facial coverings, and downloading of the app also apply.

“What the Ministry of Health is going to ask … is that at the gatherings for your restaurants, the bars and the like, look, people coming in, just take their name and their contact number and you can hold it for four weeks, three weeks, that is really to help with contact tracing if it happens that at that particular place somebody is likely to have contracted COVID, that you could know basically all the persons so that we can contact trace them in a very short period of time.

“You are enjoying yourself, you know, but you are just helping us with some basic things,” Gonsalves said.

The prime minister said that while the ban on amplified music is going to be lifted, persons still have to follow the noise act and the regulations in relation to volume would still apply.