Gonsalves says there is need for lowering of airport taxes 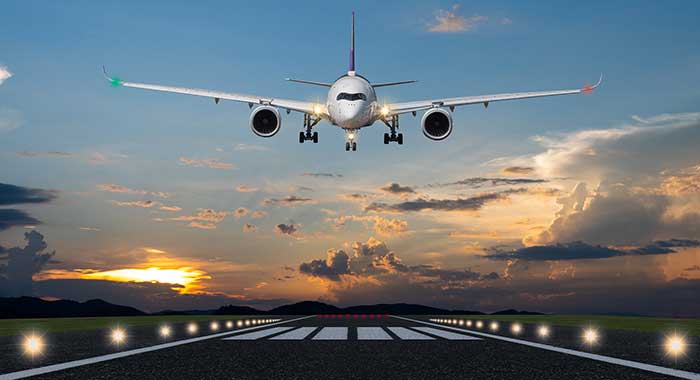 BASSETERRE, St. Kitts (CMC) — St. Vincent and the Grenadines Prime Minister Ralph Gonsalves says he believes “there is a general acceptance” within the Caribbean for a lowering of taxes so as to encourage intra-regional travel.

Gonsalves, who is chairman of the 15-member regional integration grouping, CARICOM, told a panel discussion organised by the Eastern Caribbean Central Bank (ECCB) on Thursday, that the regional governments have come to the realisation that there is a need to lower airline taxes in order to make the sector profitable.

He told the discussion on the “COVID-19 pandemic and regional air transport” that the governments would have to be prepared to fund the operations of their airports in the short term.

“St. Vincent and the Grenadines, we have already cut our taxes from US$40 to US$20, Grenada has announced that they are doing that …I know Roosevelt Skerrit, the Prime Minister in Dominica is talking the same thing, Prime Minister [Allen] Chastanet [of St. Lucia] is talking the same thing, though Antigua and Barbuda has a departure tax plus this other kind of development levy or fee.

“There is, I think, a general acceptance that we have to lower the taxes. It means that the governments will have to put more money from the Consolidated Fund in the short run to operate their airports and move into a model to make them places to do business in addition to just being locals for the movement of passengers,” said Gonsalves, who has lead responsibility for transportation within the quasi-CARICOM cabinet.

Regional economist, Justin Ram, who also participated in the programme, said regarding infrastructure “the airports that we have in the region are huge cost centres and it is actually one of the reasons we have high taxes and fees.

“If you think about it for our size of population in the Caribbean, if we were a single land mass we would probably only have about three airports … but because … we are small islands, we have many airports to contend with and those are quite costly. So I think the model around airports and how we utilise infrastructure we need to change, we need to stop thinking about them as cost centres and start changing them into revenue centres”.

Ram said that Caribbean countries needed to re-think their policies regarding transportation and airport development.

“I think this is where we need to go, and more importantly, I think having a single Caribbean airspace is critical also for the passengers. It means that once I enter the Caribbean through immigration, I should not have to go through immigration, customs, again. We really need to have one set of rules so that we have that single airspace,” he added.

Meanwhile, Gonsalves has defended the decision of Caribbean countries to establish a “travel bubble” so as to encourage travel given the impact of the novel coronavirus (COVID-19) on Caribbean economies.

“The idea of the bubble is that really once the territories are at the same level with respect of infection and the other things…is that you would not require PCR tests upon arrival in any country which is in the bubble”.

He said once the person undergoes the usual tests, “you will move safely without requiring a PCR either when you leaving or when you are arriving … there would not be any quarantine either.

“So the bubble has that defining element too,” said Gonsalves.