Men charged with stealing $22,000 from bakery 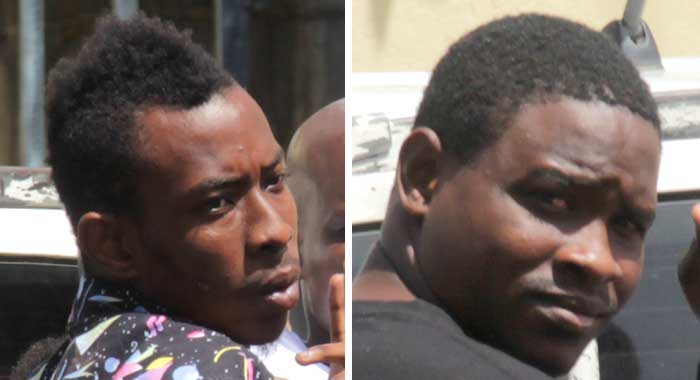 Two men who were, on Wednesday, charged with attempting to burglarise a supermarket in Peruvian Vale were, on Thursday, brought to court on charges that they stole EC$21,870 from a bakery in Campden Park.

Quincy Boyde, 26, of Rillan Hill, originally of Ottley Hall, and Romando “Russian” Andrews, 29, of Clare Valley, originally of Diamond appeared before the Serious Offences Court on Thursday, charged that between July 11 and 12, at Campden Park, they entered Allan Smith Family Bakery as trespassers and stole EC$21,870 in cash, the property of Allan Smith of Villa.

The men pleaded similarly that between the same dates, also at Campden Park, without lawful excuse, they damaged one Guardall Safety Vault, valued at US$2,000, the property of Allan Smith of Villa, intending to damage such property.

Senior Prosecutor Adolphus Delplesche did not object to bail on the charges against the men, who were, one day earlier, denied bail on unrelated charges and ordered to return to court next Tuesday.

Chief Magistrate Rechanne Browne inquired about when the crimes were alleged to have been committed and was told at night.

She granted bail in the sum of EC$30,000 each with one surety and ordered both men to report to the Questelles Police Station on Monday and Fridays between 6 a.m. and 7 p.m.