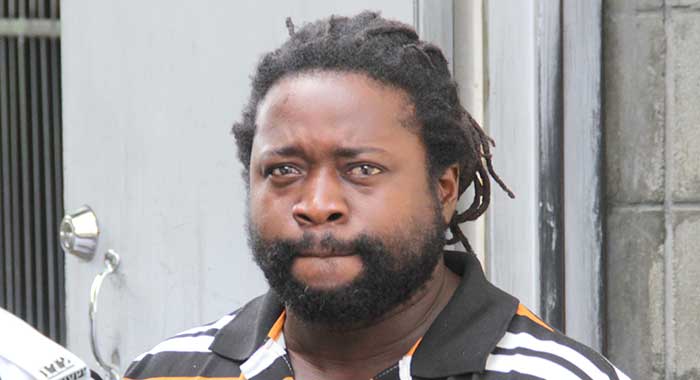 The 42-year-old Richland Park mason, who was charged with causing grievous bodily harm to 53-year-old fellow villager Bonnie Filma Bacchus, has seen the charge upgraded to manslaughter after the woman died.

Bacchus remained in intensive care at the hospital until her death on Aug. 8, one week after she sustained her injuries.

On Wednesday, Micky Pompey, 41, appeared before the Serious Offences Court, where the upgraded, indictable charge was put to him.

He was not required to plead to the charge that on Aug. 8, at Richland Park, by an unlawful act, he caused Bacchus’ death.

Pompey is also charged that on Aug. 1, at Richland Park, he unlawfully and maliciously wounded Hugh Peters, 63, of Simon.

Reports are that Pompey and Peters were involved in an altercation during which Pompey began planning Peters with a cutlass.

Bacchus is said to have been in the vicinity and Pompey, as he was allegedly planning Peters reportedly pushed against Bacchus, causing her to fall over a wall.

Senior Prosecutor Adolphus did not object to Pompey’s bail but asked for sufficient surety.

The prosecutor asked the court to order the accused man to surrender his travel documents, report to police at least twice per week and to have no contact with Peters.

The prosecutor also asked the court to issue stop notices to ports of entry and exit and to demand that Pompey obtain the permission of the court if he wants to leave the country.

Chief Magistrate Rechanne Browne granted the prosecution’s application and set bail at EC$40,000 with on surety.

She ordered the accused man to report to the Mesopotamia Police Station on Mondays and Thursdays between 6 a.m. and 6 p.m.

Pompey’s next court date is Dec. 7.

One reply on “Charge upgraded to manslaughter as fall victim dies”