Are we truly emancipated? 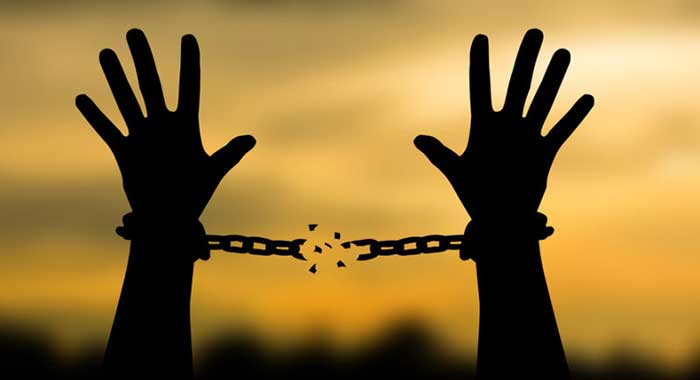 After 186 years since emancipation the fight continues everyday as we try to overcome systematic hurdles set out to sedate our pace to contrive real economic, social, cultural and political emancipation. It is high time we reflect on our accomplishment as a people, our contributions towards the development and advancement of human civilisation and take action to steer our own destiny. If we let our guards down, we can easily wane to the undercurrents of modern forms of colonialism and imperialism, which will hold back our movement towards true freedom.

Our emancipation journey began around 1833 when the British decided to grant a people who were once free and independent within their own civilize construct, partial freedom under an “apprentices” scheme.

“Then after much petition people of African descent within the British colonies were legally liberated in 1838 to which we refer to as emancipation.”

Indeed, we have made strides through leaps and bounds to overcome the whiplash of colonialism and have shown how resilient we are as a people. However, we continue to stifle our own growth by not addressing and alleviating the impediments in our local and interregional socio-political structures, which makes it harder to facilitate the transmission towards true liberation. How can we advance in the struggle of emancipation if regional integration continues to be indifferent to collectiveness? How can we advance if our local laws still bear remnants of legislation of when our people were still considered chattel? How can we advance if we do not portray self-acceptance?

It is time that states within the Anglophone Caribbean cogitate on the advancement of our people as a homogenous collective movement. Quite often we shun and discriminate against countries within our regional block with acts of dehumanization. Are we not one people?  Is our understanding of solidarity a partial one? Collectively, we should build each other because in unity we find strength and only together we can liberate ourselves against the tyranny of an unjust inheritance.

As a people, our focus should not only be on economic advancement but also the preservation and promotion of culture; in what we wear, how we speak, things we eat, our creations and innovations whether through music or art. We should embrace who are, self-acceptance is a key function in cultural emancipation. This means we should promote a culture where one can be comfortable in their own skin without trying to alter it, we should practice the removal of certain discriminatory statements from our vocabulary like “good hair”, “nappy hair”, “big nose”, “black like coals/tar” among others.

How many laws which serve colonial purposes do we still cling to? Isn’t there a need for constitutional reform to create new legislation tailored to our local and regional circumstances?  We still have civil codes of conduct that discriminate against persons with dread locks and wording that promotes gender inequality. Emblems of identity like the coat of arms, most of which do not reflect any attributes or symbols of our people or our land, these minor subliminal signs, wording and images are a constant reminder that politically we haven’t reach real emancipation.

The Anglophone Caribbean began its economic journey in a disadvantageous position, where after emancipation plantation owners were placated by an offer of over £20 million which would equate to over £2.3 billion in today’s money, while naught was given to the builders of the wealth that the British empire enjoyed. Don’t we deserve reparatory justice?   Isn’t it part of our economic emancipation as a people? We must take charge of our destiny be the captains of our own ship and steer our people towards real emancipation.

“When Mother Nature created man, she deprived him of nothing. He was given the faculty of understanding all things around him. And this faculty for understanding has not been taken away from him. None of his senses have been taken away from him. So, there is no excuse for the black man in lacking the knowledge that man has used to beautify the world and produce all that he needs for his happiness and civilization.” — Marcus Garvey

One reply on “Are we truly emancipated?”