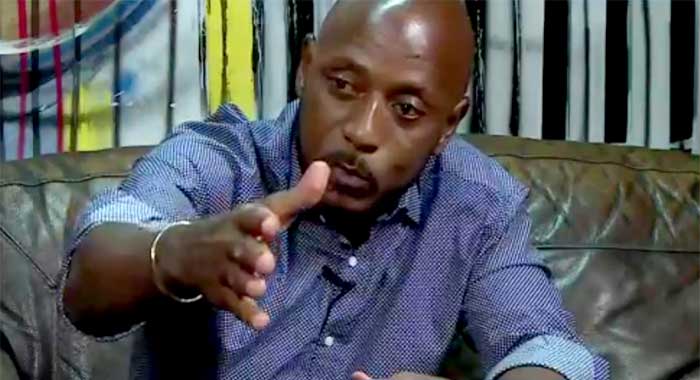 An opposition politician who publicly floated the idea of a toll at Sion Hill later denied making the statement and attributed the idea to a constituent, before saying it was a bad idea to have even discussed.

Bramble, speaking about his plans for the district, said:

“The traffic into Kingstown on a morning and an afternoon is really, really terrible, not just because of the congestion but also because of the pollution and the impact on our environment.”

As he was expressing the thought, he was interrupted by the host who said that an online viewer had indicated that Bramble had forgotten to hail up the pan men, among the sport and cultural icons in the constituency.

Later the host asked Bramble to return to the idea and Bramble, an economist and first-time candidate, said he has a 20-point 2020 plan for the constituency to cover the decade ending 2030.

“I was saying, on top of Sion Hill there, that is an area that can be developed into a commercial hub. If you want to say at some point you make it where vehicles pay a toll to come into town.

“And I know a lot of time people don’t like to hear when you talking about paying money. But if you pay $1, you pay a dollar every time you go through Sion Hill to go in the windward side or to come into town? One dollar. An alternative or an option, in the morning time, you have a parking lot.  In the States and all about, you hear about ride and park, park and ride. You park at the E.T.  Joshua Airport area, there is lot of space there, enough space for a parking lot and still the new city that is being talked about. There’s more than enough space.

“You put a parking lot out there and you have shuttle bus running. So people park out there, they ketch a shuttle bus, whether you pay $20 a month or whatever, $15 a month, $10 — whatever it is; or it could even be complementary because by the time the NDP has this economy as vibrant as we know we could have it, then we could afford to provide complementary shuttle for people parking out Arnos Vale to get into town.”

Responding to the host’s question about whether all this is meant to ease traffic, Bramble said it will also “ease the pollution”.

“You see this thing about global warming and the carbon footprint, this is a serious thing that we really not taking seriously. And all of those things, all of those little initiatives can really help to improve our little island, our fragile little country. And those are the kind of ideas we have in the NDP.”

He mentioned as part of his 2020 plan a water entertainment park, which would include dredging a part of the Sion Hill Bay and making it possible for visitors “to swim with dolphins and stuff”.

Bramble attributed the idea of the dolphins to a constituent.

“That part of the project, I didn’t even think of it eh. But ah older gentleman during my house to house [campaign], he said, ‘Bramble, I heard you talking about a water park.’

“He said. ‘That’s a great idea but why we don’t make it bigger than that?’ and he talked about dredging part of the Sion Hill Bay… The idea is to create a water entertainment park where you would have restaurants, shops for locals, and the reality is that you’re providing entertainment for locals, as well as tourists,” Bramble said.

Bramble received much push back to his toll idea with some persons likening it to the EC$1 service fee that the Unity Labour Party had imposed for the mandatory use of the ferry terminal in Kingstown by persons travelling to the Grenadines.

The NDP had described the fee as a tax on Grenadine residents.

The idea of swimming with dolphins was rubbished by some of Bramble’s opponents, even though there is at least one hotel in the Caribbean that currently offers this experience on their property.

But in a call to Boom FM on Aug. 31, Bramble backed away from the toll idea, saying it was not his policy or that of the NDP and that the idea had come from a constituent.

“I was on the On De Spot programme on Asbert News Network on Wednesday last week and I was discussing my progress throughout the campaign, talking about my 2020 plan for the constituency.

I have 20 initiatives or projects, if you want to call it that, for the decade of the 20s. –Hold on; let me get a sip of water. My voice is killing me.  — And so one of the initiatives was to develop the Sion Hill intersection as a commercial hub where you would have different types of commercial activities happening.

“So the issue of dealing with traffic and traffic congestion was also raised. And I was highlighting options — not option — ideas that were expressed by constituents. Because my 2020 plan is a plan that was developed based on consultation and conversations with people in the constituency. I have a couple young economists working on (sic) me with it and it is not a fully completed plan as yet.

“But as I said before, one of the ideas was to develop on top Sion Hill and so on. And we were talking about different ideas to reduce the traffic congestion. So I said if you want to say at some point, for example, maybe you pay a toll. As I said before, this is an idea that was touted to me by a constituent.

“I also went on to talk about another option of maybe we can have a parking lot down at the E.T. Joshua Airport, where maybe you can have a shuttle bus system, people can park there, ketch a shuttle and come into town and so on, to ease the traffic congestion.

“But I never said anything about charging a toll. Charging a toll is not my policy; it’s certainly is not the policy of the NDP for sure. The NDP is not going to charge any toll to anybody, Bing.

“St. Vincent and the Grenadines is at an all-time low with regard to economics. We’re the worst economy in the OECS right now. People are hurting, people are feeling pain and as a result of that, we have to make sure we undertake policies and implement programmes that will uplift and improve the lives of people.

Bramble said the idea of a toll at Sion Hill was a bad idea to even discuss.