Man jailed for beating his mother 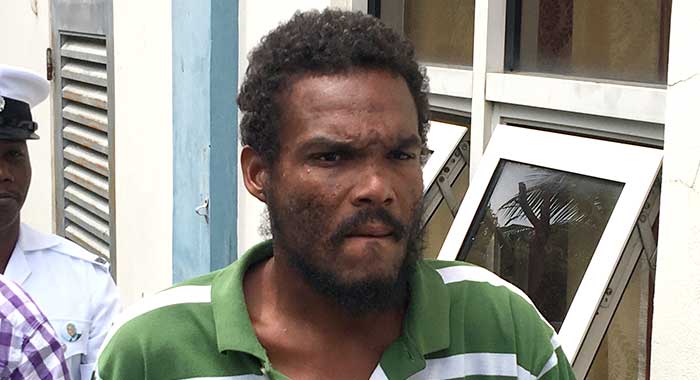 The Redemption Sharpes man who beat and threatened to kill his mother during a drunken episode on Aug. 29 has been jailed for his crime.

“Look at your size compared to her. She could have been easily died,” the chief magistrate said.

“You should have been there to ensure nobody touches your mother, provide for her.

“At the end of the day, she would still feel the pain for this 10 months,” Browne further said, referring to the prison sentence.

Earlier, in his representation on sentencing, senior prosecutor Adolphus Delplesche had asked Taylor his age and he said 31.

The accused man told the court that he still lived with his mother and when the prosecutor asked him why he had beaten her, he gave no answer.

The prosecutor told the defendant that some persons wished their mothers were still alive, but he was beating hers.

Delplesche put it to Taylor that he was ungrateful and wicked and the defendant agreed.

The prosecutor then recommended a custodial sentence.

At his Aug. 31 arraignment, Taylor had told the court that he was so drunk during the incident that he could not remember the episode.

The facts of the case are that the virtual complainant and her son live in the same house at Redemption Sharpes.

The woman, on arrival at the door, recognised her son, the defendant, who appeared to be highly intoxicated.

She scolded him about coming to her house when drunk, then asked him if he wanted any food.

However, the man told his mother, “I don’t want no f***ing food. I will kill myself.”

He continued with his drunken behaviour and to argue.

Taylor’s mother told him not to make any noise because her husband, who was ill, was sleeping.

However, Taylor continued to argue with his mother, who went to her bedroom to get dressed to go make a report to the police.

As the woman was doing this, her son grabbed her from behind and started to beat her about the body with his hand.

Her also beat her in the ribs and twisted her left hand.

The woman began to complain and cry out for pain about her body but her son continued to beat her, saying, “I come to f**ing kill you and your husband.”

On hearing this, the woman became to scream and cry out, telling her son to stop.

He, however, dragged his mother by her shirt to the kitchen and cornered her, and began to search the table, as if looking for a knife.

The man picked up a spatula and began to beat his mother on her side and squeeze her neck.

The woman was able to grab her son’s hand and was eventually able to escape.

She ran to her bedroom, grabbed the key and opened the living room door and ran to her mother’s house, which is located nearby.

While the woman was at her mother’s house waiting for the police to arrive, her son came by and started arguing again.

He told his grandmother to let his mother come to the road so that he could kill her.

The matter was reported to the police and Taylor was arrested and charged.