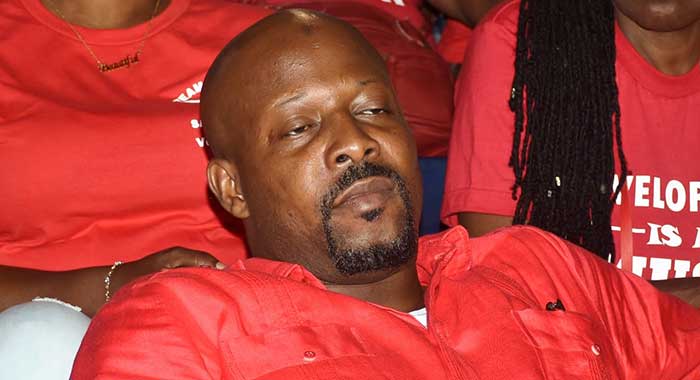 Unity Labour Party candidate for North Leeward, Carlos James, said that persons are trying to link to the launch of his the party’s youth arm in the district on Sunday, a controversial voice note making the rounds on social media.

In the voice note, James, who is also Speaker of the House of Assembly, says, “… don’t follow the restrictions of about 20 persons or so per community” and that he expect that Fitz Hughes, a north leeward village will bring a larger crowd.

James, a lawyer, further said “politics is a very fluid thing, eh, meaning that not everything yo’ put in writing you’ ha’ to directly follow”.

He said on Boom FM on Wednesday that the voice note was focused on a whistle stop to be held in the constituency on Saturday ahead of the launch of the youth arm.

James, a former senator, who will make his second attempt at becoming an elected parliamentary representative, said that the restriction he was referring to are those that he imposed on the number of persons and vehicles participating in the whistle stop.

He said he was not suggesting any breach of the national COVID-19 protocols for mass gatherings.

“Now, what I think that persons are trying to twist this thing to relate it to is that there is also an event later that evening, an internal event, which is the launch of the youth arm.

“There’s going to be political addresses; it’s a boring event, not a lot of young people are going to come to that.”

James admitted that there is ambiguity as to what restrictions he was referring to in the voice note.

He said if he were to resend the voice note, he would say, “my restrictions”.