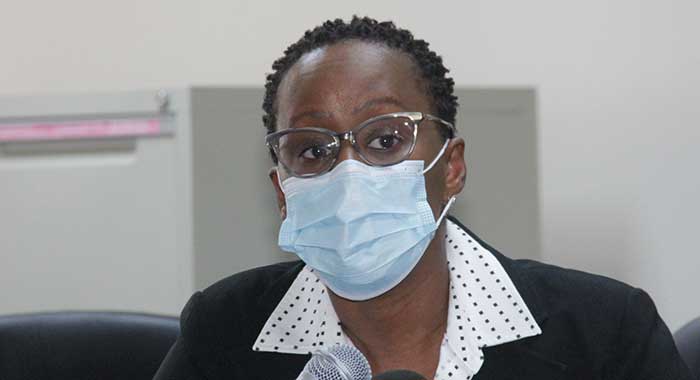 The Ministry of Health, on Monday, wrote to the Ministry of Education suggesting that students be allowed to wear long trousers and long sleeve shirts to school in an effort to help combat the dengue fever outbreak, which has claimed two lives, one of them a 9-year-old student.

“… yesterday, the Ministry of Health wrote to the Ministry of Education and advised that they consider allowing children, students to wear long pants and long sleeves so that they would decrease the exposure… if you have light colours, long sleeves, long, pants, the mosquitoes can’t bite you as easily…. I know there are some schools already where that is allowed,” Chief Medical Officer (CMO), Dr. Simone Keizer-Beache told a press conference in Kingstown.

St. Vincent and the Grenadines is experiencing its worst outbreak of the mosquito-borne viral illness in eight years, with 274 cases confirmed by laboratory tests as of Monday.

On Monday, the Ministry of Health said that it was investigating four suspected dengue deaths, but said on Tuesday that it was so far able to confirm two.

At the same time, public health facilities are at their maximum capacity, forcing health officials to use part of the Argyle Isolation Facility to care for persons affected by the illness and to extend services at the Kingstown District Clinic to 7 p.m.

Health officials have said it is “especially worrying” that more than half of all cases are among persons 15 years old and under.

At Tuesday’s press conference, the health officials were asked if their ministry had explored whether there is any link between the reopening of schools on Sept. 7 and the upsurge in dengue cases.

“In terms of the link, I think it has to do more with the fact that this is a day-biting mosquito — typically day-biting but we are seeing later; that it can bite earlier in the morning and late in the evening but the main thing is during the day; so wherever you work or wherever you are.

“So the children have been in schools, but something else we want to look at, the last big outbreak was in 2010 and 2012, which means that anybody born after 2012 has not had significant exposure. So we have what we would call a virgin population; persons who have not been exposed to dengue and so don’t have immunity to it, and that would be in the 8-year-olds and lower.

“So we have a combination where you have persons where they are during the day and also you have a large population of people who have never been exposed to dengue and that’s in the 8-year-old and under age group.”

The dengue outbreak comes at the same time as the COVID-19 pandemic.

And, although SVG has no active cases of COVID-29 currently, dengue and COVID-19 have similar symptoms during the early stages.

Regarding the protocols for students who develop dengue symptoms during school hours, the CMO said:

“We want to, however, stress that … especially with children, the window going from not feeling so well to being very ill is very short. So that anybody with a fever, we need parents, guardian, teachers, everyone to be very aggressive about seeking care.

“Right now, our institutions are very full. The polyclinic in Buccament yesterday (Monday) had 100 patients — in one day. And this is being reported throughout the system but we want persons to still seek care. Ask a question and this is how we are going to respond together.”

The chief medical officer said that her ministry will hire an additional 10 doctors and six nurses to help to treat patients.

Keizer-Beache said that a “shared responsibility” would help to determine how long the outbreak lasts.

“And it is not just the Vector Control Unit — and they are the ones who would go and do the fogging and advise. But what we are doing here today, we are suggesting, we are pleading, we are asking that everybody take responsibility, which means we decrease exposure.

“And how do we do that? We ensure that we are not collecting — we are not breeding mosquitoes, which is against the law, actually, and there is fine for it. But we are asking persons to take care and we will take care and together we will deal with this. So we decrease exposure by decreasing the source so we move the mosquitoes, we are protecting ourselves.”

Keizer-Beache said it is important for persons to clear bush around their home and workplace so as to reduce mosquito breeding sites and to use mosquito nets while sleeping.

“We have nets in the hospital too. So if we all work together, we can end this much sooner rather than later,” she said.