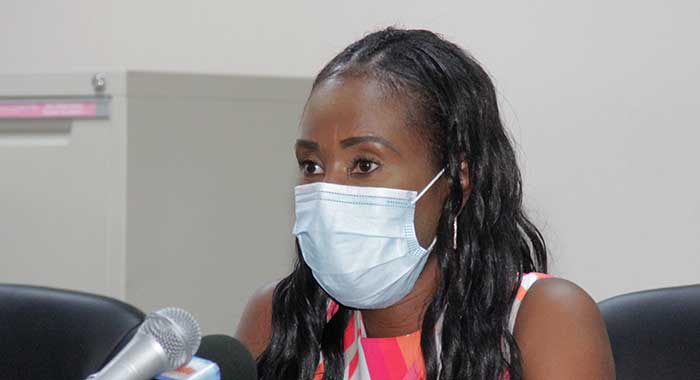 While dengue infections are generally mild and most persons are past the worst stage by the seventh day after symptoms emerge, the fourth day is critical in that it could signal a worsening of the disease, which could actually lead to death.

“… if you have a headache, it is good to note what date that is, because that’s when we need to start counting your days, because day 4 is really the important day when you are either going to get really better or you are going to get really worse,” Dr. Jose Davy, an infectious diseases specialist, told a Ministry of Health Press conference in Kingstown on Tuesday.

At the media briefing, health officials confirmed that two persons have died of dengue-related complications.

They are a middle-aged woman and a 9-year-old boy, both of whom live in the Calliaqua health district.

Persons from new born to 15 years old make up more than half of the 274 laboratory-confirmed cases of the mosquito-borne viral illness in St. Vincent and the Grenadines so far this year.

Davy said that during the first stage, the febrile stage, the person might have high fever.

The physician, however, noting that everyone experiences an illness differently, adding that there is a sub clinical form of the disease so not everyone would develop high fevers.

Dengue is usually characterised by very high fever and some patients may also have joint pain, back pain, and headache, which is usually behind the eye.

There may be reddening of the skin, vomiting, and diarrhoea

Usually around the fourth day of symptoms, a patient moves to the critical phase of the disease, Davy told the media.

“And I need you to pay special attention to warning signs. They can be severe abdominal pain, which was not previously noted, vomiting to the point where the persons cannot keep foods or liquids down, there may be lethargy or the person maybe droopy or they are just restless or there may be bleeding from any and everywhere you can think of, literally any and everywhere.

“So the person may brush their teeth and find that their gum is bleeding, they may also have extended menses or periods, or they may have nose bleeds. You name it. Wherever someone can bleed from, they may bleed from, hence the reason we say dengue is a haemorrhagic disease.”

The doctor said that “dengue has no specific treatment, but patients can use Paracetamol to help with your headaches and your fevers.

She warned against using Ibuprofen or Advil or any other non-steroidal anti-inflammatory drugs (NSAIDs) “because this would increase the chances of you bleeding on the inside.

“So, Paracetamol every six hours; that would set you straight. If that is not working, your healthcare provider would prescribe something that is good for you and would keep you safe,” Davy said.

The infectious disease specialist said that after the critical phase, persons are expected to recover.

“And believe it or not, all of this happens in just one week. So the virus would be in your body for one week, but, unfortunately, for some persons, even though the virus is gone, they are still left with maybe a little weakness and the literature  states that people may have joint pain for as long as three years. But, that, of course is quite rare.”

Davy said there are persons who are strong and may only experience a little joint pain for an hour or two or a day or two and then it disappears as a result of their dengue infection.

“So it is important that everybody pays attention to what is happening to them,” she said.

The doctor said that the management of dengue lies in proper hydration.

“I tell my patients to drink water, coconut water and fruit juices they make. I say that you make because you want to ensure that the source of juice is clean, because you don’t want to add gastroenteritis on something that you already have,” she said.