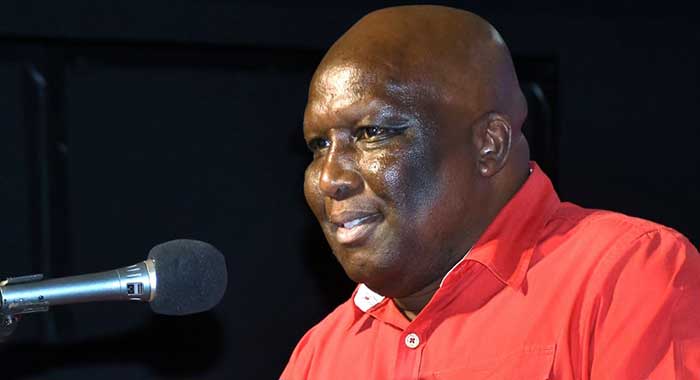 The geography of Marriaqua makes it vulnerable to natural hazards such as landslides and flooding and threats from rivers.

“There’s always something to be done in that constituency. And since 2015 and even before that, I will say since 2001, something has always been done in Marriaqua,” the district constituency representative, St. Clair Jimmy Prince told a campaign rally Wednesday night.

And, he said that while the Unity Labour Party has been working in the constituency at a feverish pace, “strangers” to the area are saying nothing has been done there.

He was speaking in apparent reference to his contender, Bernard Wyllie of the main opposition New Democratic Party.

Wyllie, who was voted out of office in 1998, after two five-year terms, has returned to politics as the NDP candidate, who will try to prevent Prince from being re-elected to a second five-year term.

In one of his public speeches, Wyllie identified a number of public infrastructure projects, which he has said are as they were when the NDP was voted out of office in 2001.

But Prince said that the strangers have missed a lot during their campaign.

Prince said that other things have been done in the constituency, including the Richland Park main road, Dickie Main road, and La Croix village road and self-help.

“A lot of things happening. We will continue to do more. We have an intervention in our particular village that we have to do. We have things that we have to do with respect to housing, things to do with respect to feeder roads, etc., which we’ll do,” he said, but added that the could not speak about everything at the meeting because of limited time.