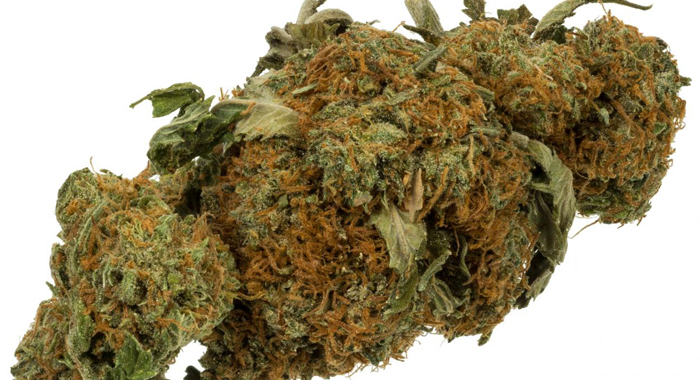 A defence counsel has noted that penalties for marijuana offences in St. Vincent and the Grenadines have gotten stiffer even as the society has taken a more relaxed attitude to the illegal plant.

Grant Connell made the point at the Serious Offences Court, on Sept. 29, while mitigating on behalf of his client, Alvan Lovelace, 36, of Questelles, who had pleaded guilty to possession and trafficking 270lbs of marijuana.

Connell noted that prior to the amendment of the marijuana law in 2008, offences such as those with which Lovelace was charged attracted a maximum sentence of three years in prison, while the maximum fine was EC$100,000.

The lawyer said that after the amendment, the same offences attract a maximum seven-year sentence and EC$500,000, putting it on the same level with cocaine and other “Class A” drugs.

Connell further pointed out that prior to the amendment, even a seed “of this blessed plant” attracted an EC$1,000 fine.

He said that with the amendment, “by oversight, or insight, intentional …” the seed seems to have been made legal.

Lovelace, a minivan driver, had pleaded guilty on Aug. 20 to a charge that he had in his possession at Pembroke at 12:40 a.m. that same day, 270lbs of marijuana, and that he had the drug for the purpose of drug trafficking.

The man’s lawyer said that Lovelace, who has eight children, had agreed to transport the drug from Chateaubelair for EC$500 as he needed the money because of reduced income resulting from COVID-19.

Connell noted that the marijuana is locally grown.

“The winds of change have shown us that slowly but surely, this new green gold, this healing of the nation both physically and financially is taking its rightful place. It is only a matter of time,” said Connell, who has argued for the legalisation of marijuana.

The lawyer said that the spirit and intention of Parliament are clear but the Lovelaces of the world do not seem to benefit.

The lawyer was speaking in apparent reference to changes to the law, passed in 2018, which established a medical marijuana industry, making possession of marijuana for licensed persons legal. The changes also decriminalise the possession of two ounces or under, for recreational use in private places.

Connell said that while Lovelace is not a marijuana farmer, people like him “are a tributary to a river to ensure that the current goes to the ocean”.

He said that farmers have remained in the trenches for years, keeping the marijuana industry alive and contributing to the underground economy and making a major contribution to some rural communities.

He said that the fruits of these farmers’ labour were spent to purchase basic items of food, clothing, tarpaulin, galvanise, and cement.

“The list goes on. So there is no foreign object to us,” the lawyer said, adding that what seems foreign is the pain of the law “with its harsh, unconscionable sentences”.

Connell said that the question should be what should be done with the Lovelaces that come before the court.

He said there is a direct nexus between the quantity, quality and the sentence.

The lawyer said that one must understand that what exists in St. Vincent does not exist in the other Caribbean jurisdictions.

“Cannabis is to St. Vincent as rice is to China,” he said.

Chief Magistrate Rechanne Browne sentenced Lovelace to 21 months in prison for possession of the drug and 23 months for trafficking the drugs.