Parliament refuses MP’s request for 5 persons at send off 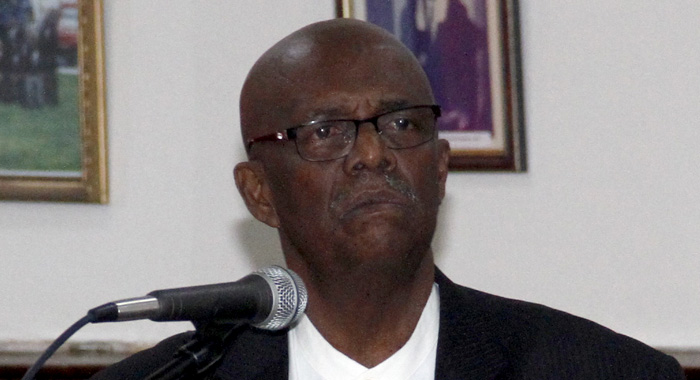 The House of Assembly, on Thursday, denied a request that five family members of MP for East Kingstown Arnhim Eustace be allowed in the chamber on what became the last day of his 22-year career as a lawmaker.

Eustace said he was “deeply disappointed” at the decision, which House Speaker, Carlos James said was made because there is no Strangers’ Gallery because of the COVID-19 pandemic.

Opposition lawmakers, apparently sensing that the dissolution of Parliament was imminent, used last Thursday’s sitting to pay tribute to Eustace, a former prime minister and minister of finance, who will not be seeking re-election.

Responding to the tribute, Eustace, 76, said he was pleased by the number and nature of the comments.

“I have one regret about today in what I believe would be my… possibly my last sitting in this Parliament, is that I wanted to have my family here today to hear this debate. But this was not to be because I understand that my request in that regard was not acceptable.”

Eustace said that while lawmakers “struggle” in Parliament from time to time, “the point is that our families are the ones who bear the brunt of the difficulties that we face.

“And I cannot understand why we couldn’t have an opportunity for my family and one or two of my supporters, about five people in all, couldn’t be here today to listen to this presentation that we have had for Members of Parliament on both sides.

“It is very important, Mr. Speaker. They suffer through all the difficulties we have and when we leave this place, at least we could give them the opportunity to be present at a time like this.

“I am deeply disappointed, Mr. Speaker in that decision. They are the ones who bear the brunt of all that we face and I take very strong objection to the fact that they are not allowed to come here, four or five people who represent my family and close supporters, of the new Democratic Party in East Kingstown. How I would have liked them to be here at this, my last sitting in this parliament.”

Responding to Eustace, James said he did not know if it was appropriate for him to even respond to Eustace’s comment.

He, however, said that the staff of the House of Assembly was made aware that morning of a request to have members in the Public Gallery at that morning’s sitting.

“Unfortunately, as you might be aware, we do not have a public gallery. We have had the House put in a position to adhere to protocols, to adhere to social distancing and COVID, that we have not had that position.”

James further said he was not aware whether Thursday’s was the last sitting of the house.

“…so I am quite, still a bit – as to why we are having farewell tributes at this particular time,” said James, who will make a second attempt, on behalf of the ruling Unity Labour Party, to unseat the opposition’s Roland “Patel” Matthews in North Leeward.

“We have members on the other side who, perhaps, would be sitting for their last times as well, if that may be the case. And they, too, I am quite certain, if they want members to be here, the request from the staff of the house would have been rejected on that basis.”