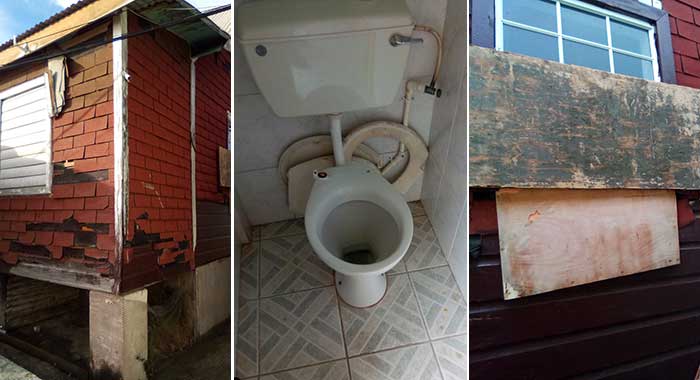 Conditions at the government primary school in Mayreau are “really, really deplorable”, the Teachers’ Union said last week after a visit to the southern Grenadine island.

“I really was appalled when I saw what the principal of the Mayreau primary school had to be working with,” Andrew John, the union’s industrial relations and research officer told the press conference.

“I would like for us to witness the sort of — an old broken down cottage, if you can call it that, and he had to be blocking it off with mesh wire to prevent animals for going under where he is stationed. He had to nail up board to prevent water from getting in.

“It is really, really deplorable. I didn’t expect when I got there to see that kind of existing building still, this being the 21st Century and all…” John said.

“I saw a kitchen, it is maybe a 3’x6’ room, very, very small area and with stove and so on, it is very difficult to operate in that, along with the out-of-date, really old equipment they are working with.”

John’s account was supported by the union’s president, Oswald Robinson, who said there is no cafeteria at the school and students have to eat in their classroom.

“The school is not fenced. The principal’s office is also a storeroom for all the supplies for the school. You wouldn’t believe; our toilet [at the union’s office] is much bigger than the kitchen at Mayreau. And that is no exaggeration. I invite the media to go there and see it for themselves…

“You put the fridge and the stove, and there is something else in there that they are storing up water, a big tub and that’s it… The cook has to stand up in front of the door and cook. The stove is right there and the fridge takes up the other space. It is very, very terrible,” he said.