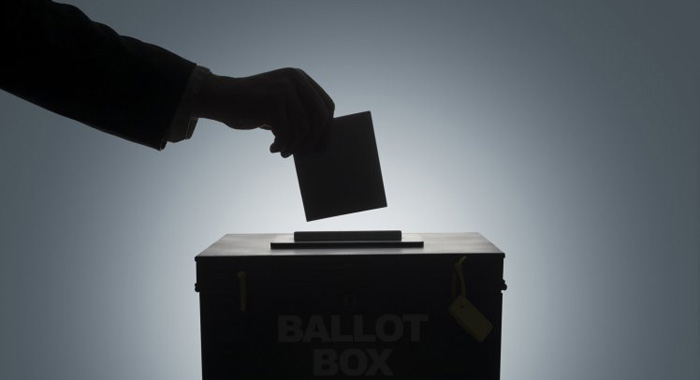 Are you a long time Labour supporter, but something doesn’t feel the same and you feel like staying out this election? Please go out and vote. Vote NDP

Your family is Labour? You or your family got help from Labour in the past? But something just doesn’t feel the same this election? Please go out and vote. Vote NDP.

I am Labour. My parents and grandparents are born Labour. But within the last two terms of this ULP government I have seen some things progress in a positive way, and some things evolve — but in a negative way. And the negatives have become too much to ignore. Because of my beliefs and my own conscience I decided I would not vote for Labour this election, but I could never picture myself voting for the NDP. That was until one day my neighbour, another big forever-Labour supporter said to me, ‘You know you can vote for the other side and still be Labour?’ And she confided in me her reasons why she is voting the other side this election, but still waving her red jersey. And I wasn’t planning to vote in this election – but I made up my mind after that conversation – I am a Labour man at heart – but this election I will vote the NDP.

1. I’m tired of seeing people beg — old people, young people, my COUNTRY people especially — having to go to this minister or that, having to go ask an area custodian for help for jobs, land and every little pull string and come up. I’m tired of the dependency on party support. I want to see us come up where we are able to stand on our own feet and our children and grandchildren can stand on their own feet without depending on favours. And, after four terms there is still too much dependency on the party. It is as if they want to keep us dependent on the party. And because of this dependency we have nepotism — we end up seeing some get and some don’t get  because of who is more friends with who, who is better connected or whose family is better known — and people cry out for years of the unfairness within the party, but we still vote to keep them there. It is time for a change!

3. I am tired of seeing so many (I said many, not all) of our children perform poorly in school and nothing being done to help them improve because the constituency seat is a sure seat. Parents are not stepping up to help the children or motivate them as they need to do well in school. And the education system, though it now says universal access to secondary education, has not changed or improved to help the multitude of struggling children from rural communities. They just get promoted, go up, and out of the system. No improvement in the system, no changes to benefit the children, no focus on improving parental involvement. I am tired of seeing the cycle repeat itself of fresh graduates — boys on the block and females roaming the community restlessly until they get a link to join the YES Programme, or some connection to the hold a temporary position in a ministry — solely because of political allegiance — not because of skills or qualification. It is time for a change!

4. I’m tired of sitting back and watching while people I know who are non-ULP supporters get victimised, hurt and intentionally bullied by the Labour government and fellow Labour supporters in high positions, while we all sit back and watch and do nothing. Government acquiring lands while mistreating the rightful property owners: legal yes — but right? No. Government refusing to pay persons court ordered monies for their lands and refusing to pay market price for some acquired lands. Government refusing to honour agreements forged with trade unions and refusing to honour their word to re-employ teachers who contested general elections for the opposition party — while we sit back and watch. Government and government supporters intentionally giving opposition supporters in our communities a hard time — our friends, our friends’ children — just because they support the opposition. A prime minister threatening to file lawsuits on any layman who says anything against him — and we know that is wrong. All this while we sit back and watch. It is time for a change!

5. I am tired of seeing one of the greatest minds of the Unity Labour Party, a proud son of the soil, national scholar and rising star being continually devalued over the last few years in the Labour party so that a different son could gain favourability to rise in ranks; propelling him for the inevitable act of taking the party reins as leader and prime minister. A few years ago, our beloved son of the soil was primed to be a forerunner for leadership of the ULP, then this prodigal son was brought home and given a position which was poised to propel him instead into the highest rank of the ULP. It is not fair that our first choice has been side-lined because of genealogy and he is now relegated to a back burner so that the prodigal son could gain as much spotlight as possible. That is not right. And that is not fair for the boy that we watched grow up into an impeccable young man and a hard-working, self-earned minister. We have to change that!

I can go on and on with more examples. I know more. You know more. And those of us who sit in some meetings when some matters arise know all too well the one line that comes up: “This can’t get out cause it will make the party look bad.” Enough is enough, comrades. This is not true freedom. And if we let things stay as they are now it will get even more out of hand. It is time for a change, comrades. It is time for a change. The NDP may not be the change we want — but it is the change we have — and I know and you know it will be easier for us to keep the NDP on track and hold them accountable than we can ever keep this ULP government on track. Support your party all you want. But please VOTE FOR YOUR COUNTRY this election — vote NDP!

5 replies on “I’m Labour, but voting NDP this election”